SPECIAL forces soldiers appeared on Sunday to have ousted Guinea’s long-serving president, telling the nation they had dissolved its government and constitution and closed its land and air borders.

“We have dissolved government and institutions,” Doumbouya – a former French foreign legionnaire – said on state television, draped in Guinea’s national flag and surrounded by eight other armed soldiers. “We are going to rewrite a constitution together.”

Gunfire erupted near the presidential palace in the capital, Conakry, on Sunday morning. Hours later, videos shared on social media, which Reuters could not immediately authenticate, showed Conde in a room surrounded by army special forces.

e U.S. State Department issued a statement headed, “On the military seizure of power in Guinea,” and said: “The United States condemns today’s events in Conakry.”

It said violence and any extra-constitutional measures would only erode Guinea’s prospects for peace, stability and prosperity, and added: “These actions could limit the ability of the United States and Guinea’s other international partners to support the country as it navigates a path toward national unity and a brighter future for the Guinean people.”

Military sources said the president was taken to an undisclosed location and that the forces commanded by Doumbouya – whom one of the sources, a close colleague, described as calm and reserved by nature – had made several other arrests.

e junta that appreared to have seized power later said that Conde was not harmed, his wellbeing was guaranteed and he was being given access to his doctors.

Outgoing ministers and heads of institutions were invited to a meeting on Monday morning in parliament, they said in a statement read on the state broadcaster.

“Any failure to attend will be considered as a rebellion against the CNRD,” the group said referring to its chosen name, the National Rally and Development Committee (CNRD).

Guinea’s main opposition leader, Cellou Dalein Diallo, denied rumours that he was among those detained.

Conde won a third term in October after changing the constitution to allow him to stand again, triggering violent protests from the opposition. 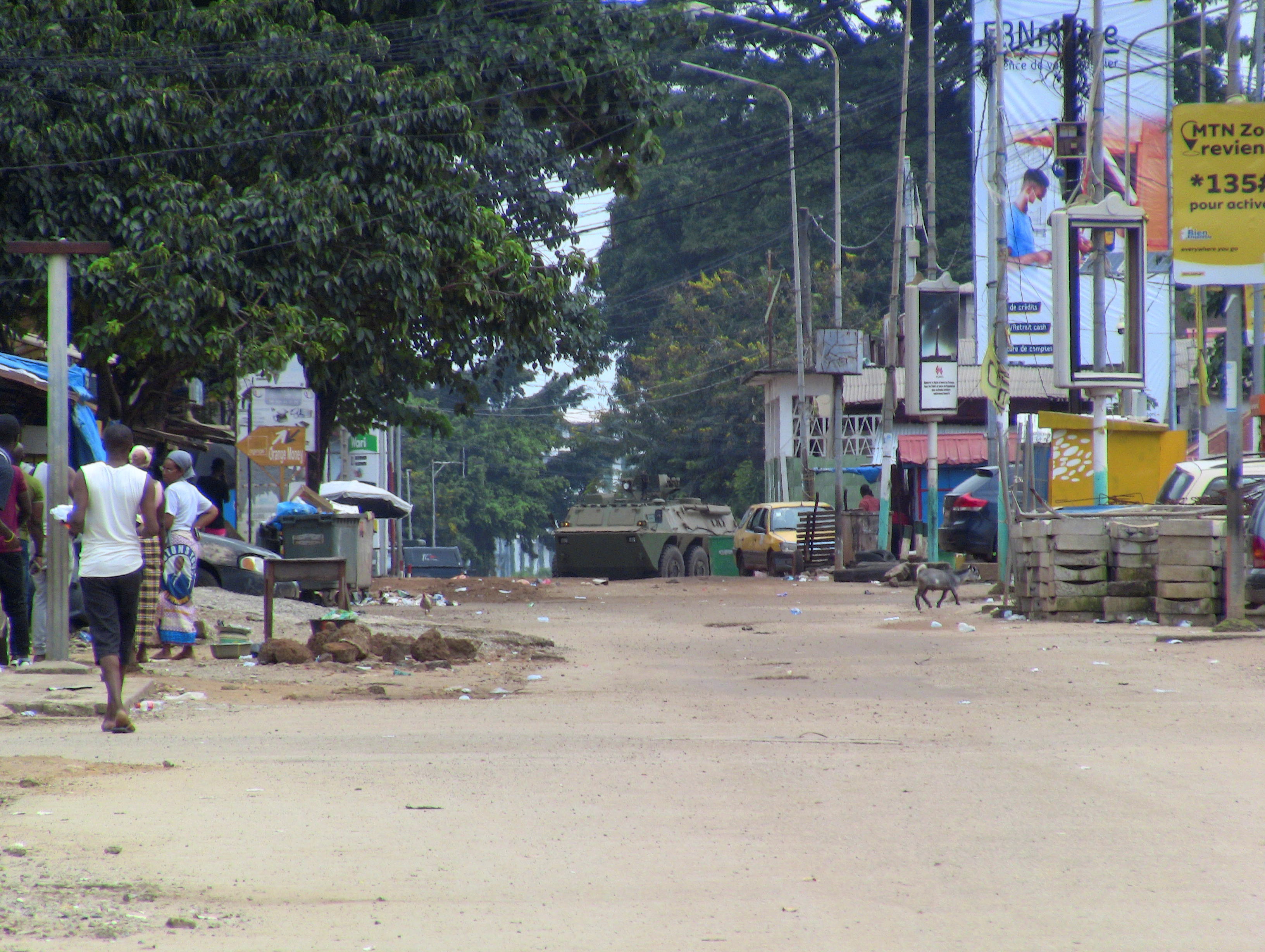 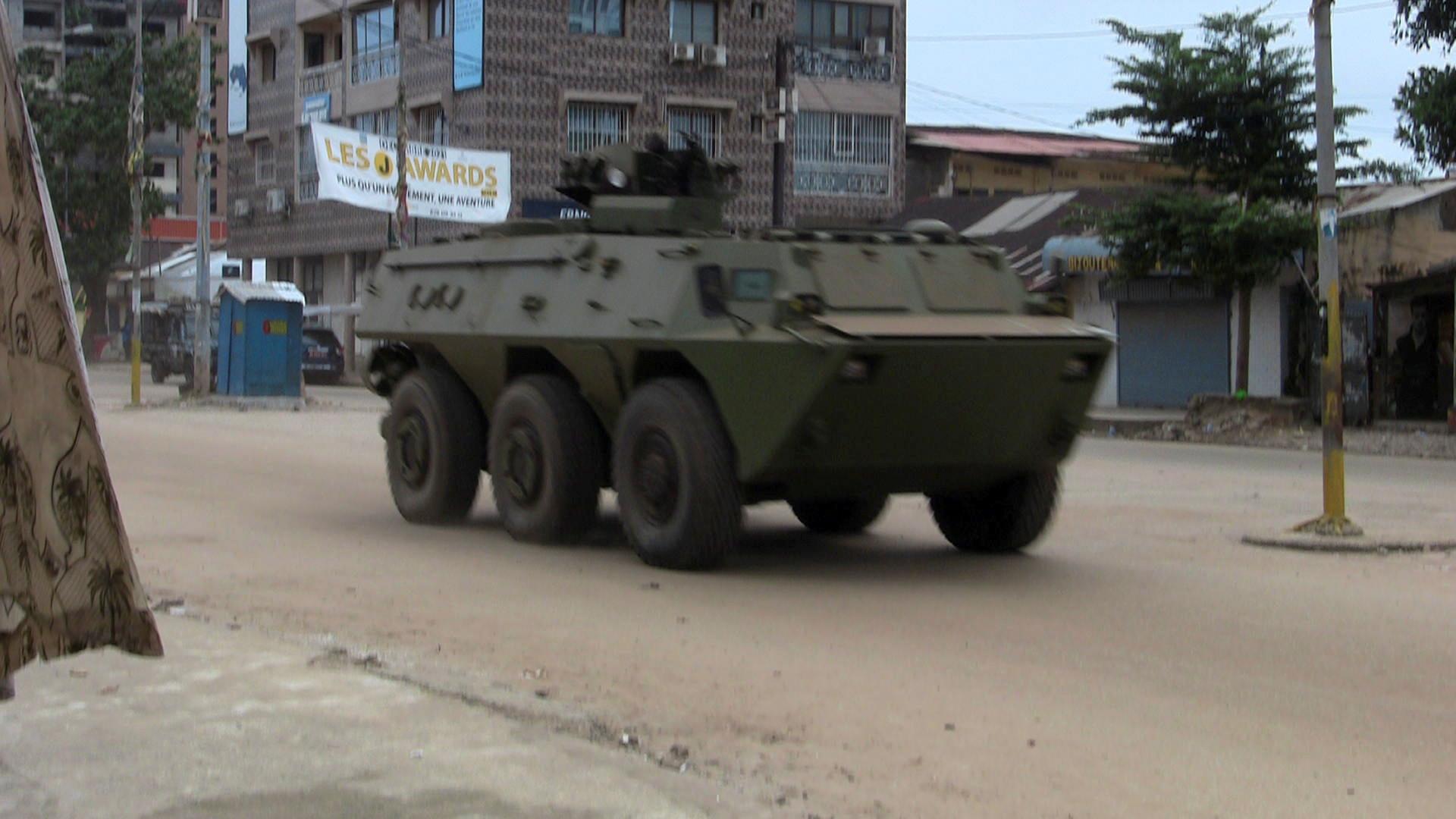 An army vehicle is seen at Kaloum neighbourhood during an uprising by special forces in Conakry, Guinea September 5, 2021. REUTERS/Saliou Samb

In recent weeks the government has sharply increased taxes to replenish state coffers and raised the price of fuel by 20%, causing widespread frustration.

By Sunday evening it was not clear if Doumbouya had taken full control, the defence ministry having issued a statement saying an attack on the presidential palace had been repelled.

But United Nations Secretary General Antonio Guterres said he strongly condemned “any takeover of the government by force” and called for Conde’s immediate release.

The African Union said it would meet urgently and take “appropriate measures” while the foreign ministry in Nigeria, the region’s dominant power, called for a return to constitutional order.

Videos shared on social media had earlier shown military vehicles patrolling Conakry, and one military source said the only bridge connecting the mainland to the Kaloum neighbourhood, where the palace and most government ministries are located, had been sealed off.

By mid-afternoon, when the shooting had stopped, residents were venturing back onto the streets of the capital to celebrate the uprising’s apparent success.

A Reuters witness saw pick-up trucks and military vehicles accompanied by motorcyclists honking their horns and cheering onlookers. “Guinea is free! Bravo,” a woman shouted from her balcony.

Alexis Arieff, at the United States Congressional Research Service, said that, while mutinies and coups were nothing new in West Africa, the region had seen “major democratic backsliding” in recent years.

Both Conde and Ivory Coast’s leader have moved the legislative goalposts to extend the clock on their presidencies in the past year, while Mali has experienced two military coups and Chad one.

Guinea has seen sustained economic growth during Conde’s decade in power thanks to its bauxite, iron ore, gold and diamond wealth.

But few of its citizens have seen the benefits, and critics say his government has used restrictive criminal laws to discourage dissent, while ethnic divisions and endemic graft have sharpened political rivalries.

“While the president was proclaiming everywhere that he wanted to govern differently by annihilating corruption, the embezzlement of public funds increased. The new rich were taunting us,” Alassane Diallo, a resident of Conakry, told Reuters.

“It is all this that made it easier for the military.”