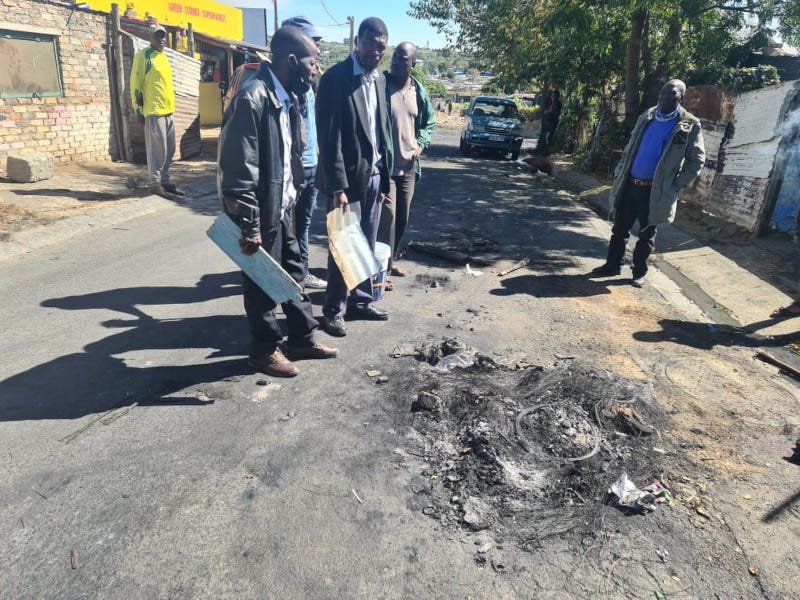 JOHANNESBURG: The seven accused in the murder of Zimbabwean national Elvis Nyathi are expected to apply for bail in the Randburg Magistrate’s Court in Johannesburg on Monday.

The group, who cannot be named, filmed or photographed until an identity parade has been conducted, made a brief appearance in the lower court on Friday for legal representation.

Upon completion of legal representation, the matter was postponed to Monday for a bail application.

“Investigations are ongoing. As the State, we are busy preparing information for the bail hearing. Among the information that the investigating officers are collating is the nationalities of the accused, profiling whether they have pending cases as well as convictions.”

Mjonondwane added that although 14 arrests had initially been made, the State was confident that the seven men before the court were the correct accused.

“Indeed, as the prosecutors went through the contents of the docket, we found that there is a prima facie case against the accused before court,” she added.

Nyathi was killed in Diepsloot, Johannesburg, on 7 April 2022, allegedly by a group of attackers.

“It is our wish to see the people who did this apprehended. No person deserves to die the way Elvis did,” News24 reported his uncle, Mpthathisi Ndlovu, as saying at Nyathi’s recent burial in Bulawayo, Zimbabwe’s second-largest city.

The seven men face charges of murder, attempted murder, kidnapping, robbery with aggravating circumstances, assault with intent to do grievous bodily harm, and extortion. The State intends to oppose bail in the matter.

Due to the accused facing schedule-six offences, the onus will be on them to convince the court that exceptional circumstances exist that permit their release on bail.

The accused remain in custody.