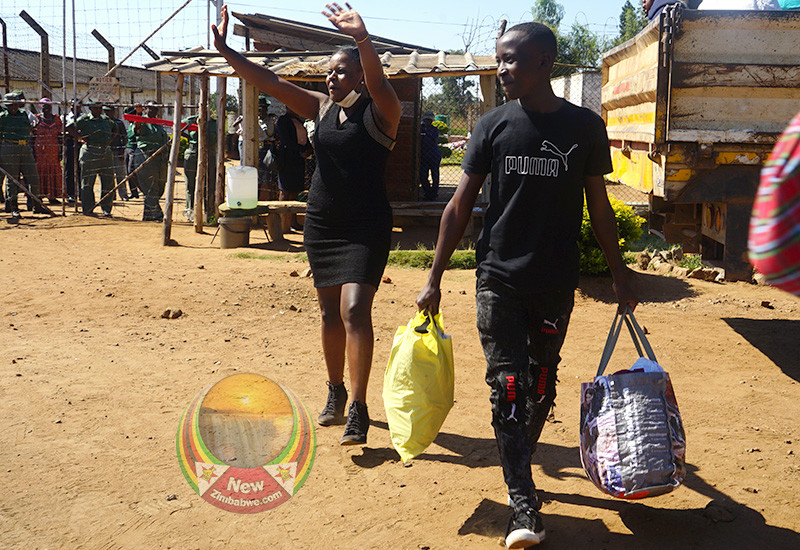 THERE was an emotional farewell at Chikurubi Female Prison Tuesday as a convicted human trafficker sentenced to 50 years in 2018 was released after serving only two years under the presidential amnesty.

Norest Maruma was part of a total of 2 528 inmates who were released from prisons across the country.

Another 1 600 prisoners were released last month under the same programme, which also coincides with the decision of the Zimbabwe Prisons and Correctional Services (ZPCS) to decongest prison population as a measure to stem the spread of COVID-19 at its facilities.

The ZPCS had initially recommended the release of 5 000 prisoners and remain with a population of 16 838, but most of the inmates failed the test.

However, the “ex-prisoner of the moment” on the day was Maruma who made national headlines in 2018 after she was slapped with a 50-year-jail term for trafficking Zimbabwean women to Kuwait.

There were emotional scenes at the female prison as Maruma bade farewell to prison wardens and fellow inmates. Outside the prison complex gates, her mother waited patiently to welcome her and drive her back home.

Maruma was part of a syndicate that trafficked desperate female job seekers to Kuwait where they ended up being used as sex slaves. She was caged 50 years by a High Court judge Justice Tawanda Chitapi in 2018 after her conviction in December 2017 for the offence by Harare magistrate Lazini Ncube.

She was referred to the High Court for sentencing since the lower court had no jurisdiction to pass final judgment.

Maruma could not hide her joy upon leaving the highly fortified female prison complex.

“This is a miracle and God is wonderful,” she told journalists gathered.

“I want to thank our mother, the First Lady Auxillia Mnangagwa and President Emerson Mnangagwa for granting us freedom,” she said.

Maruma’s mother, Memory Marumha said she collapsed on the day her daughter was sentenced.

“When my daughter was sentenced. I could not believe it. Every weekend I would visit her here. I only stopped due to the lockdown. Everyday, I would kneel to pray for my daughter and today, my prayers have been answered.”

Meanwhile, according to ZPCS, six of the released male prisoners Tuesday were serving life sentences.