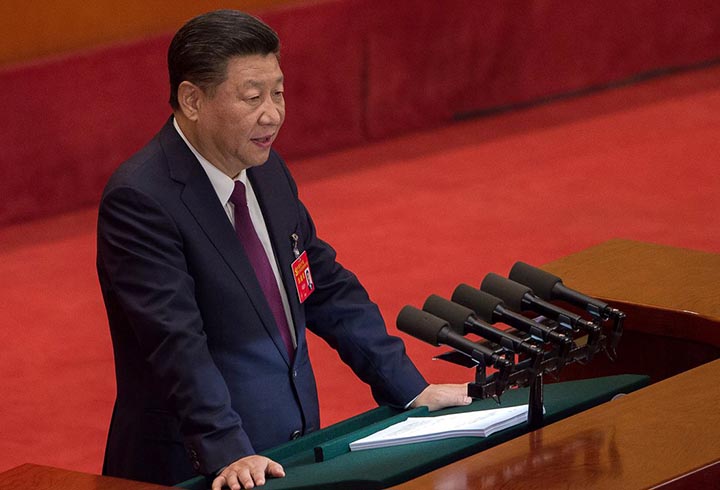 Xi, who has concentrated power, accumulated titles and purged potential rivals since becoming head of state in 2013, could remain president for life after the party proposed abolishing a rule limiting the top leader to two five-year terms.

But giving all the levers of power to one man could further erode human rights, unsettle other nations and even set up traps for Xi’s rule at home, analysts warn.

“The two-term limit was supposed to increase stability. By ruling beyond the standard 10-year tenure, Xi will be subject to much closer scrutiny by Chinese citizens and the political elite,” said Simone van Nieuwenhuizen, Sydney-based co-author of “China and the New Maoists”.

The announcement made abruptly on Sunday further chips away at the era of “collective” leadership that was championed by reform leader Deng Xiaoping to prevent the return of another Mao-like cult figure.

But Xi, 64, has adopted Mao’s playbook, tightening his grip with a relentless crackdown on civil society and corruption, enshrining his name in the party constitution and building his own personality cult.

Remaining in power beyond 2023 gives Xi a chance to push through his vision of a rejuvenated China with global clout, a prosperous society, a revived Silk Road trade route and a powerful military.

China’s rubber-stamp legislature is expected to give Xi his second term and remove the 10-year limit at its annual meeting opening on March 5.

“Term limits were a crucial part of the institutionalisation of the leadership transition, something that has plagued Communist parties leading to both tyrannical reigns and catastrophic party decline,” said Jonathan Sullivan, director of the China Policy Institute at Nottingham University.

“The removal of term limits is a rejection of all this and it comes with real risks for stability in the long term.”

Xi provided a major hint that he intended to stay in power when no heir apparent was anointed at the five-yearly party congress in October.

“From the anti-corruption campaign to comprehensively advancing the rule of law to profound economic restructuring, the CPC Central Committee with Xi at the core has sturdily opened a new era for a hopeful China,” the daily said in an editorial.

Sam Crane, a Chinese history expert at Williams College in the US, expressed scepticism about reforms.

“I strongly doubt he will use his political power to force economic reform because that would require empowering non-party economic agents,” Crane said.

“His chief focus I suspect will be further repression of civil society, a continuation of his political orientation since 2012.”

Susan Shirk, chairwoman of the 21st Century China Center at the University of California in San Diego, said there are “acute” risks.

“One is the risk of making bad decisions while surrounded by sycophants,” Shirk said.

“One of the bad decisions is to control information and to control civil society to an extreme extent that the Chinese talent and the middle class ultimately will find incompatible with their ambitions for their children.”

On Twitter, Hong Kong activist Joshua Wong, who has been fighting off jail terms over his role in pro-democracy protests, declared “the era of Emperor Xi”.

Some people on China’s Twitter-like Weibo website said they were “witnessing history” but others were critical, with one commenter saying “now I really feel like I’m living in North Korea”.

Censors quickly struck down unfavourable comments and blocked users from reposting an image of Winnie the Pooh hugging a giant jar of honey and the message “Find the thing you love and stick with it” — Xi has been compared to the portly cartoon bear.

On the diplomatic front, Shirk said Xi could get bad advice at a time when China is asserting its territorial claims in the South China Sea and East China Sea, which several Asian nations contest.

“It’s a risk because of China’s international overreaching, more aggressive actions in the South China Sea or handling crises in a way that’s immoderate,” she said.

Xi’s concentration of power could also face opposition within the party, which has seen a relentless crackdown on corruption that has punished more than a million officials.

“The other risk is some form of elite rebellion because it puts all the other politicians at great risk. There’s no real power-sharing,” Shirk said.