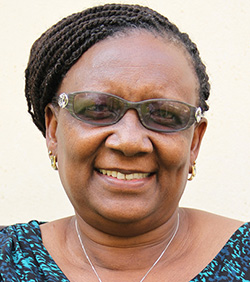 THE government and opposition this week joined forces to push through legislation making it harder for firms to sack workers, pleasing powerful unions but angering employers who said it would hurt an already struggling economy.
The rare sign of political unity late on Tuesday came amid mounting protests over a July Supreme Court ruling that allowed companies to fire workers by giving three months’ notice and not pay any severance packages.
Under pressure from the main labour union – which said the ruling had already cost 20,000 jobs – President Robert Mugabe’s government published a bill reinstating severance payments and restrictions on sackings on Friday.
Laws usually take at least one week to get through various stages of parliament – but the assembly, recalled especially for the debate, passed the bill after just seven hours.
The Employers Confederation of Zimbabwe (Emcoz) said the changes would increase labour costs and it was considering challenging them in the constitutional court.
Labour costs
“This is not good for creating certainty for investment,” the Confederation’s Executive Director, John Mufukare, said.
“We want labour market flexibility to be able to attract investors but this bill will make Zimbabwe’s labour more expensive compared to other countries in the region.”
In a statement, Emcoz added: “Business reiterates that (the changes) will result in further deterioration of economic activity, resulting in further closure of companies, loss of jobs, less income to the fiscus, decline in social fabric and more importantly reduction in investor attraction into Zimbabwe.
“The current Minister of Public Service Labour and Social Welfare is the first minister to have totally ignored the contributions from a social partner (business) and therefore the concept of tripartism,” the organisation added.
The organisation said government had not consulted employers on the changes.
Zimbabwe has an unemployment rate of more than 80% and businesses are struggling with electricity shortages, cheap imports and high finance and labour costs. Many firms have failed to pay wages or shut down.
The Zimbabwe Congress of Trade Unions, the largest union, said in a statement the legislation was “progressive in restoring the rights of workers eroded by the Supreme Court judgment of 17 July”.Advertisement

The bill only allows employers to fire workers on three months’ notice if employees consent or if workers are on fixed-term contracts. Otherwise they are obliged to pay at least two weeks’ salary for every year served.
Legislators from Mugabe’s Zanu PF and the opposition Movement for Democratic Change (MDC) overruled parliament’s bi-partisan legal committee, which warned that one of the changes would violate the country’s constitution.
The legal committee objected to a clause that retrospectively forces firms to pay workers dismissed after the Supreme Court ruling, saying it sought to reverse a lawful court judgment.
The upper Senate chamber will debate the bill on Thursday, where some changes proposed by the MDC will be considered.