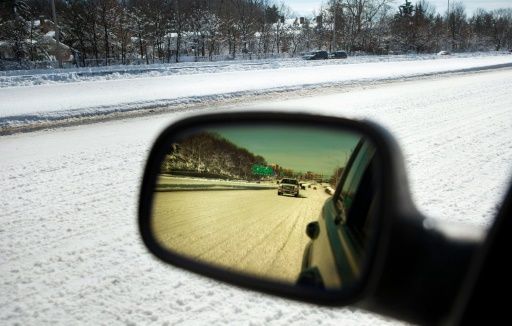 WITH forward-looking car technology, the rearview mirror as we know it may soon become a thing of the past.
Technology at the Consumer Electronics Show showed how electronic cameras on a vehicle can give a driver a better view than conventional mirrors, eliminating blind spots which can lead to accidents.
BMW showed its system in which small cameras replace mirrors and offer an electronic display, allowing drivers to get three separate images or a single panoramic view.
According to BMW, this means a driver can look ahead and won’t need to turn his or her head to see side mirrors — which have been removed and replaced with small cameras.
French equipment maker Valeo meanwhile offered its “Sightstream” system which uses cameras as well but maintains electronic displays on each side of the car.
The Valeo system offers a less dramatic change than BMW, so drivers who are accustomed to looking right and left don’t have to change their habits.Advertisement

Both companies say their systems offer several advantages: a more complete view of the landscape and better vision at night. And they will avoid problems of side mirrors which get fogged up or covered with rain.
The systems offer a better aerodynamic profile for the car, which can reduce fuel consumption.
None of these systems are in cars yet, but looking ahead, cameras seem to be the wave of the future.
General Motors said the inside mirror in its Bolt electric car, to be introduced soon, will be able to connect to a camera, eliminating the problem of a view blocked by passengers or tall objects in the back seat.