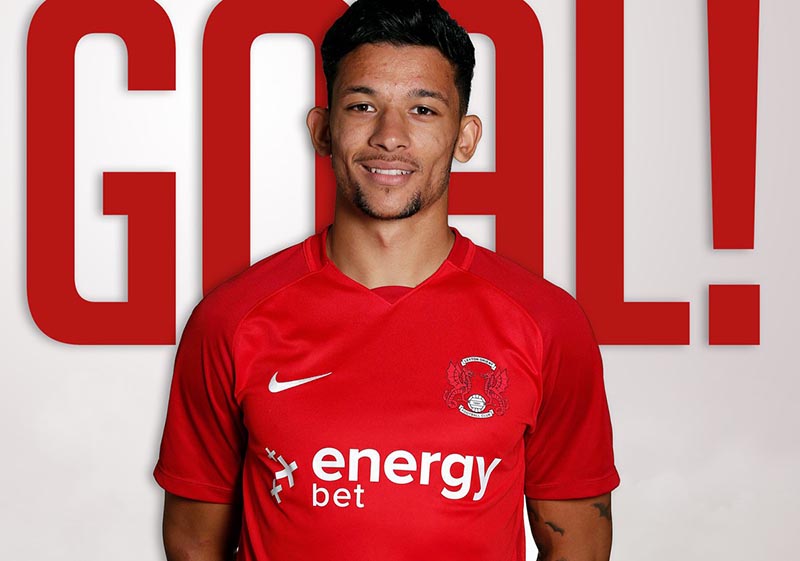 After uncertainty gripped the country on England based Macauley Bonne’s decision regarding his recent Warriors’ callups, the forward has finally submitted his papers to Zimbabwe House in London to process his passport.

Efforts to get Bonne a passport before the Warriors AFCON tie against Congo were fruitless as the forward failed to present his papers.

The player who is on the radar of premiership sides Leicester and Newcastle heading into the off-season might have a chance to make it into the Warriors squad for the AFCON finals to be held in Egypt from 21 June to 19 July.

Bonne has featured for the senior national team and already has a goal in a non-competitive match.

“We are pleased to inform you that we have successfully facilitated and completed the first phase of Macauley Bonne’s passport application at the Zimbabwe UK Embassy today.

“We are now working very close with The National Team Manager Wellington Mpandare in ensuring that the process is complete and finalised in Zimbabwe without any further delays.

“We want to reassure all the Warriors Fans that we’re fully behind the national team and we will continue to work in close collaboration with Zifa, supporting fully the gradual integration of the Diaspora based players in the national team setup based on merit,” read a statement by Team Zimbabwe UK which facilitated the development.

Team Zimbabwe UK which is fronted by England based Marshall Gore is now in discussion with Arsenal’s Reiss Luke Nelson who is currently at 1899 Hoffenheim on loan.