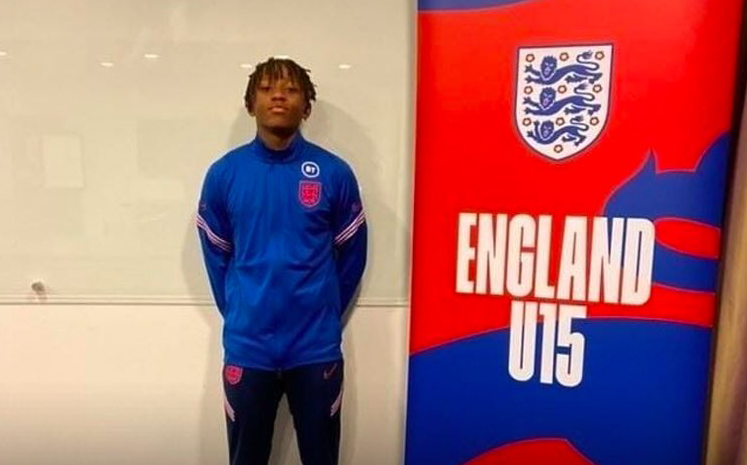 The 14-year-old who can play as a winger or an attacking midfielder is widely regarded as one of the brightest prospects in England at the moment having already featured for the Three Lions at Under-15 level.

According to the United Kingdom-based football publication which focuses on junior football Rising Ballers, “Chigwada is one of the most highly rated players in the country from his age group.. City youth recruitment team making big moves as usual.”

Born in Cheshire to Zimbabwean parents, the talented forward began his youth career at Blackburn Rovers and has represented England at junior level.

Chigwada can however still switch allegiance at senior international and represent his country of origin.

So highly regarded is Chigwada that he recently signed with German sportswear giants Adidas who boast a stable of some of the biggest names in the game including the likes of Lionel Messi, Pedri, Paul Pogba and his friend – England U15 teammate and Zimbabwe-eligible, Shumaira Mheuka who was recently signed by Chelsea.

He joins another Zimbabwe prospective forward Seth Chingwaro who has been at Manchester City academy since 2019.