MASVINGO will this weekend host two of its biggest shows this year when Winky D, Freeman and Jah Prayzah are expected to put up some scintillating performances in the ancient city on Friday and Saturday at Caravan Park.

Jah Prayzah, born Mukudzeyi Mukombe, will headline the ‘Unforgettable Night Music Concert’ on Friday together with Slyvester Chizanga aka Freeman who is riding high with his latest offering, David and Goliath as part of events lined up for the Lake October Great Zimbabwe festival.

Event manager, Lulu Shoko of Lulu Events confirmed to NewZimbabwe.com that plans were progressing smoothly and they are targeting thousands of revelers to attend the shows.

“We are going to host solid shows over the weekend. Our minimum target per show is 2000 fans. We would like to assure our patrons that there will be enough beverages and tight security. The VIP section will be top-notch and we will cater for every need,” said Shoko.

Jah Prayzah and Freeman have since confirmed that they will be performing, and writing on his official Facebook page, Jah Prayzah said: “Zvichanakidza (It’s going to be fun), ready for Masvingo and Kadoma.” 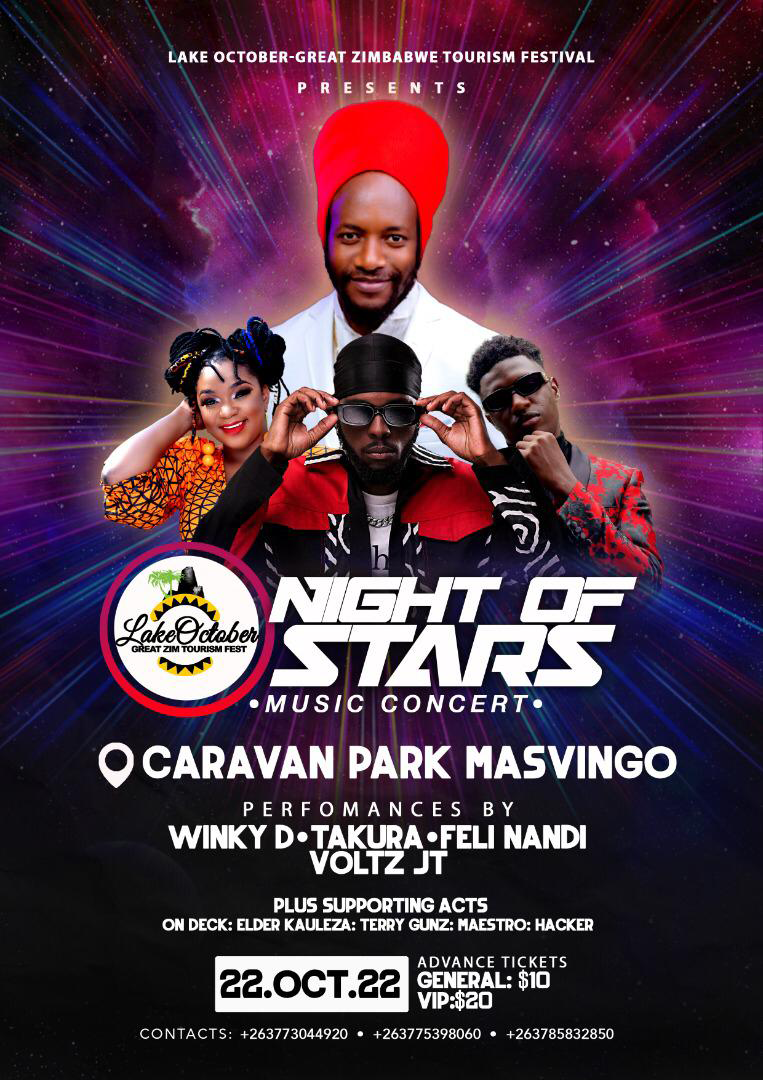 A music fan who identified himself as Stanford Nyashanu said he was elated to witness these top artists perform in Masvingo.

“We are usually starved when it comes to shows that are headlined by big artists. Caravan Park management has made me proud, I will definitely attend,” Nyashanu said.

Advance tickets for both shows are being sold for US$10 general entry and US$20 for access to the VIP section.

The Lake October-Great Zimbabwe is an annual event which is hosted to promote tourist attractions in Masvingo, including Great Zimbabwe Monuments.

This year the festival is running under the theme ‘Reimagining Tourism in Masvingo’.