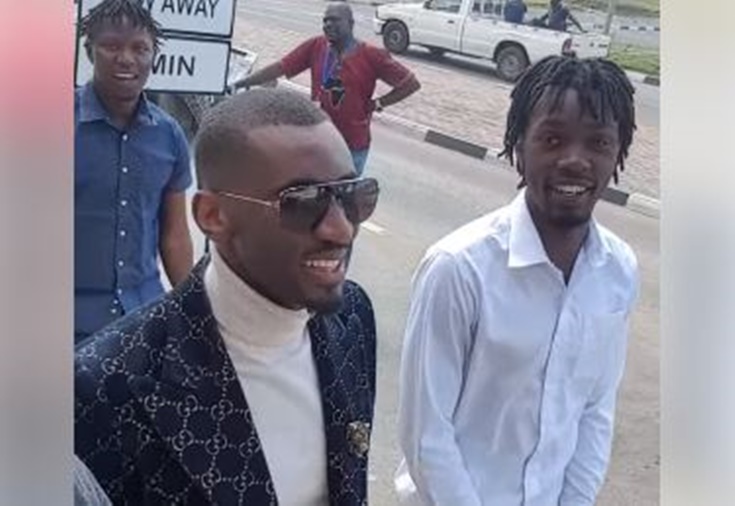 ZIMDANCEHALL chanter, Enzo Ishall Thursday denied any blood between him and his former manager and self-styled prophet Passion Java despite reports the two had a nasty fall out.

The ‘Kanjiva’ hit maker who was under Passion Java’s management after being ‘bought’ from Mbare’s Chillspot records is now signed to Teemak Promotions.

Speaking at his official signing press conference to Teemak at Meikles Hotel, Harare, Enzo said Java, who has a financial muscle, had only offered to assist him but he was never signed under the cleric’s company.

This comes after Java threatened to sue Enzo and his new management in a video circulating on social media platforms.

“Nothing happened between me and Java but I want to thank him because he really helped me the same way he helps Uncle Epatan, Soulja Love, Bazooker and many other artists.

“He is just someone who came and helped, he helped me with Highest Score and yes for me the idea to go international has always been there and everyone knew that.

“I don’t want to say he was wrong because at times that wasn’t his intention, a person can only help where they can.

“This contract with Teemak is different because it is official,” he said.

Fellow musicians including rapper Stunner have in the past accused Java of derailing the dancehall star’s career following the release of Highest score visuals.

The video released in November was labelled ‘satanic’ by many music lovers and has over 8 700 dislikes on YouTube.