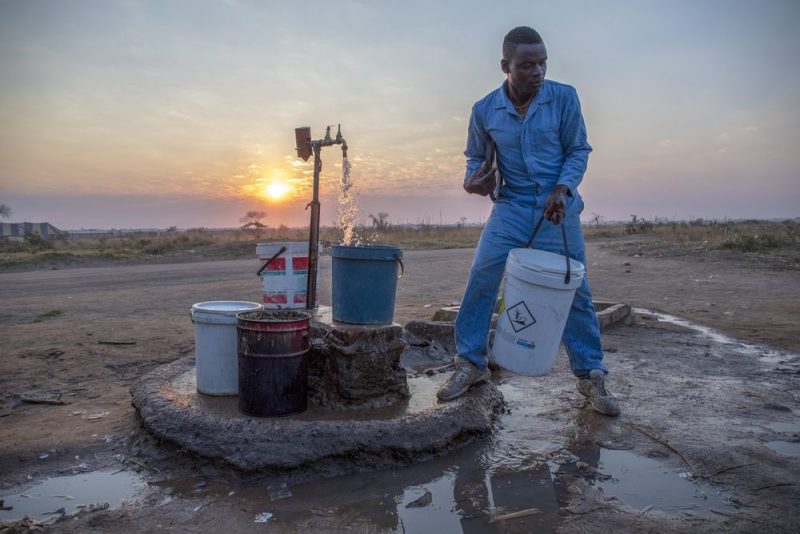 BULAWAYO’S water challenges are expected to partially improve following the completion of the drilling and equipping of 10 boreholes at Epping Forest in Nyamandlovu by the Zimbabwe National Water Authority (ZINWA).

The new water project, which was identified as one of the short-term solutions to the city’s perennial water woes, is expected to add an additional 15 megalitres per day to the city’s water supply system.

The city’s mayor Solomon Mguni said the aggregated water supply is now 135 megalitres per day following the completion of the water project.

“We are glad to announce that the coming on line of the Epping Forest combined with output from the Rochester scheme in Nyamandlovu is expected to supply an additional ground water of about 15 megalitres per day,” said Mguni.

“Going forward, the aggregated water supply into city is now averaging 135 megalitres per day against the city’s average consumption of 120 megalitres per day which is adequate to start refilling the city’s distribution reservoirs and be able to fully charge the water reticulation system.”

President Emmerson Mnangagwa is this Thursday expected to commission the boreholes project in Nyamandlovu as well as officiate the ground breaking ceremony of the Gwayi-Shangani pipeline.

Mguni also revealed that as a result of the current heavy rains, the city ‘s water dam levels have risen by at least 39% from an overall percentage of 20% in November last year to 64% as at Monday this week.

The mayor, however, warned residents that despite the improved water situation in the city, they might continue experiencing water shortages due to electricity outages.

“I am happy to note that it is not our intention to suspend water shedding earlier than scheduled. However, the current and regular power outrages continue to disrupt continuous pumping, destabilising some of the sensitive reservoirs such as Tuli and Magwegwe,” the mayor said.

Residents who spoke to NewZimbabwe.com commented the government for implementing the water project.

“I think the Epping Forest Project will go a long way in addressing Bulawayo’s perennial challenges. A lot of potential investors were now shunning the city because of the water challenges which was experiencing the city for the past years.

“The government should continue prioritising water projects in the region such as the Gwayi/Shangani so that the city can reclaim its status as the industrial hub of Zimbabwe,” said Innocent Ndibali, former Economic Freedom Fighters (EFF) Zimbabwe president.

Last year, Treasury availed $205 million towards resolving the water situation in Bulawayo where $130 million was used to rehabilitate and drill 30 boreholes in Nyamandlovu including the Epping Forest Project while the rest was channeled towards other water projects.