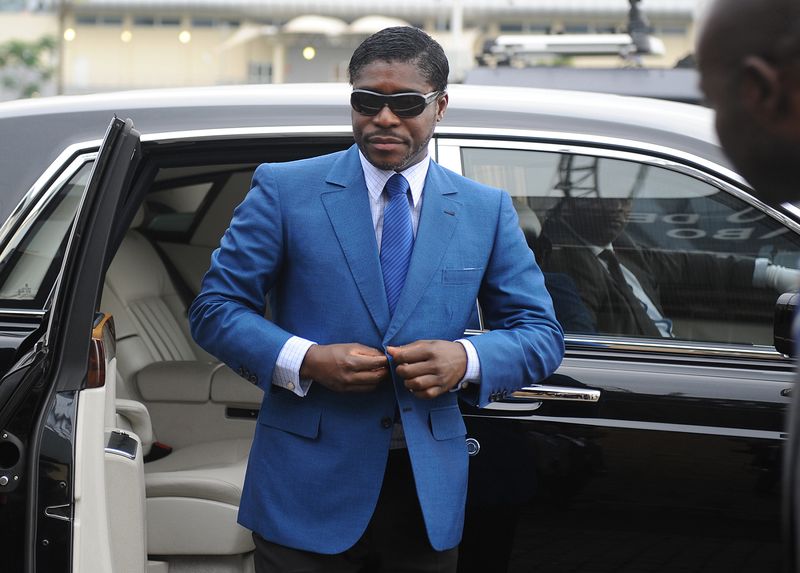 SAO PAULO: Equatorial Guinea on Monday accused Brazilian authorities of conducting an illegal search and seizure of the contents of suitcases belonging to a delegation that included the African country’s vice president.

Brazilian media have reported that authorities seized around $16 million worth of cash and jewellery at an airport in Sao Paulo state on Friday.

Equatorial Guinea’s embassy in Brazil said in a statement that Vice President Teodoro Nguema Obiang Mangue had received diplomatic authorisation for his visit and that the search violated diplomatic, international and national norms. It said that the delegation had committed no infraction and that a formal protest would be lodged.

“This approach of gross violation of international diplomatic practice had no other goal than to create a totally gratuitous embarrassment for the vice president of Equatorial Guinea and the country he represents,” the statement read.

Federal police said the Brazilian tax authorities were responsible for the seizure and would not comment further. The tax authorities declined to comment, as did the Foreign Ministry, except to say that it was coordinating with the police and tax authorities.

This is not the first time Obiang, who is the son of President Teodoro Obiang Nguema Mbasogo, has faced legal troubles abroad. A French court last year convicted him of embezzling millions of dollars in public money and ordered a mansion on a swanky Paris avenue confiscated, along with a stash of sports cars and designer clothes. Obiang denies the charges and has said the mansion serves as his country’s embassy.

Since the conviction, the U.N.’s International Court of Justice ruled it has jurisdiction in the case, and its judges will rule on whether France breached a treaty governing diplomatic relations with the confiscation order.

The U.S. has also filed claims against Obiang’s U.S.-held assets, alleging they were acquired with money stolen from his country. In 2014, he reached a settlement with U.S. authorities, agreeing to sell a $30 million Malibu mansion, a Ferrari and Michael Jackson memorabilia and give the proceeds to the citizens of Equatorial Guinea.

The cases have highlighted allegations of corruption and mismanagement of the economy of the former Spanish colony, which is rich in oil and gas but where there is a dramatic gap between the privileged ruling class and much of the population, which lives mainly on subsistence farming.