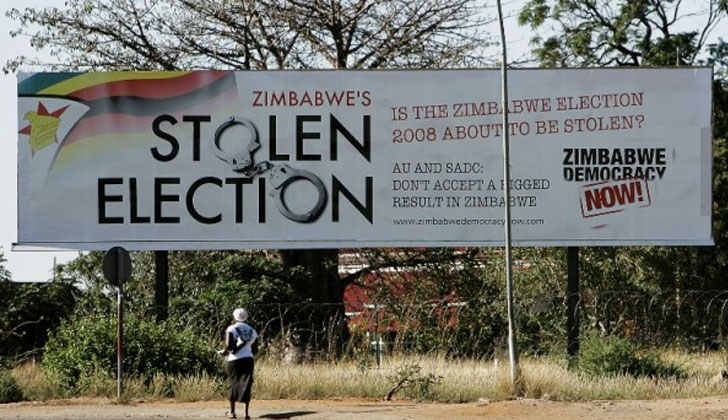 In its report, the EU mission observed the “largely peaceful” environment on Election Day but gave a damning account of the period leading up to the poll.

The EU observed that state resources were misused in favour of President Emmerson Mnangagwa, the eventual winner of the poll, while state media coverage was “heavily biased” in favour of Zanu PF which posted a two thirds parliamentary majority.

The group observed said the Zimbabwe Electoral Commission “lacked full independence and appeared to not always act in an impartial manner” while its final results announced contained “numerous errors and lacked adequate traceability, transparency and verifiability”.

The observer group further noted the “excessive use of force by security forces and abuses of human rights in the post-election”, concluding, “as such, many aspects of the 2018 elections in Zimbabwe failed to meet international standards”.

Following the EU report, ERC has called on government to take the advice and start changing its behavior on reforms.

“Now that the same things that we as ERC and others have said before, have now been repeated by credible election groups who watched the 2018 elections at the invitation of Zimbabwean authorities, it is expected that the new administration’s attitude towards electoral reforms must change,” Chimhini said in a statement.

“Sadly, attempts to compel election authorities to adopt the necessary changes to improve elections in the past have fallen on deaf ears and have largely been ignored.”

Chimhini said authorities must walk the talk than just making promises of credible polls which they have violated in broad daylight.

The ERC director said the Zanu PF led administration must abandon its preoccupation with running polls only meant for it to be accepted internationally.

“This therefore suggests that re-engagement efforts at the international level must be accompanied by substantive changes in our democratic culture at a domestic level which is exhibited and not just said,” he said, adding that anything that failed to address electoral inadequacies in the country poll systems “will be nothing but hot air”.