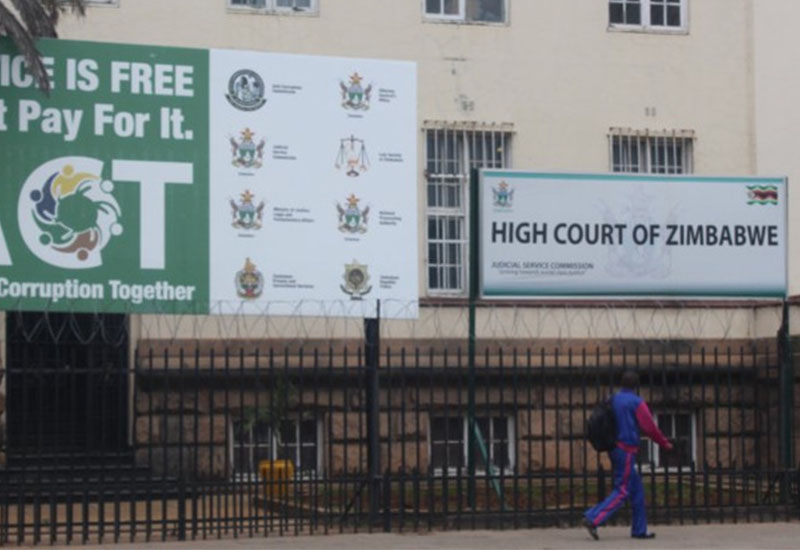 Madzivanyathi and Zanu PF Secretary for Administration, Obert Mpofu, are embroiled in a nasty ownership wrangle of Esidakeni farm with prominent human rights defender Siphosami Malunga and his two other business partners.

Madzivanyathi, Mpofu and company have refused to vacate the property despite two Supreme and High Court orders for them to do so.

Madzivanyathi, who is also a National University of Science and Technology (NUST) lecturer, was sometime this year kicked out from the property by the Deputy Sheriff, but defied the move.

Malunga and his two partners Zephaniah Dhlamini and businessman Charles Moyo were forced to approach the High Court after Madzivanyathi allegedly tampered with irrigation system and deprived water to various crops, which later wilted.

“It is ordered that defendant pay the plaintiffs the amount of US$339 660.00 (three hundred and thirty nine six hundred and sixty thousand United States Dollars) or the equivalent amount in Zimbabwean dollars at the applicable interbank rate on the date of payment, interest on the above amount at the rate of 58 per annum, costs of suit,” reads part of the Justice Makonese’s judgment.

The applicants had argued that they lost 150,000 planted tomatoes and 65,000 butternut crops as a result of defendant’s disruptions at the farm.

“As a result of being deprived of water for a significant period at the critical reproductive stage, the crops experienced wilting and drying off of foliage, flower abortion and underdeveloped fruits which could not develop to marketable size and grade,” the applicants further argued.

Owners of the property have also accused Mpofu of stealing farm produce at the farm.

Esidakeni farm has been at the centre of an ownership battle after the Minister of Lands, Agriculture, Water, and Rural Resettlement Anxious Masuku reportedly acquired the farm via a Notice of Acquisition General Notice 3042 of 2020 in the government gazette on December 18, 2020.