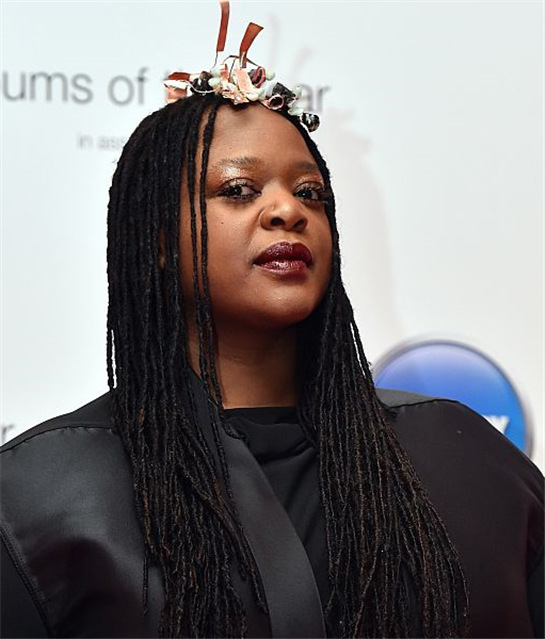 MORE immersive than a deep-sea diving course and with more solos than a singles’ night, ESKA’s show at the Roundhouse was not for the musically narrow-minded.
The Zimbabwe-born Londoner, who spent a decade as a session singer for the likes of Grace Jones before her eponymous debut gained her a Mercury nomination last year, dispensed with the conventions of the traditional pop concert.
Teaming up with artist and designer Ron Arad, she made the most of the Roundhouse’s circular structure, placing the audience at the centre and the band around the outside. The result was something exciting and disorientating in equal measure.
ESKA (born Eska Mtungwazi) had a similarly avant-garde attitude to genre, pinballing from reggae on Heroes and Villains to off-kilter R’n’B on Shades of Blue. Elsewhere, there were nods to Laura Mvula in the jazz-soul of This Is How a Garden Grows and the fabulous Gatekeeper.
Backed by a virtuosic band, there was a certain more-is-more philosophy in evidence. Somewhere amid the showing off, the song was lost. ESKA’s music is always impressive but not always enjoyable, the tunes not always matching the talent.
Tellingly, the best moments were also the simplest. Arrogant Heart’s stripped-down blues focused attention on ESKA’s extraordinary voice, an expansive instrument with echoes of Erykah Badu. She’s in the Flowers, featuring ESKA on cuatro (bass ukulele), sounded like a long-lost Joni Mitchell gem.
Unfortunately there were also times when one was tempted to strangle oneself with the tentacles that draped from the ceiling, such was the extent of the noodling.
Without some judicious pruning, ESKA is unlikely to convert critical acclaim into commercial success. But those with open ears and minds will find plenty to enjoy about a talent as undeniable as it is unfocused.
This review is taken from the Evening Standard (UK).Advertisement