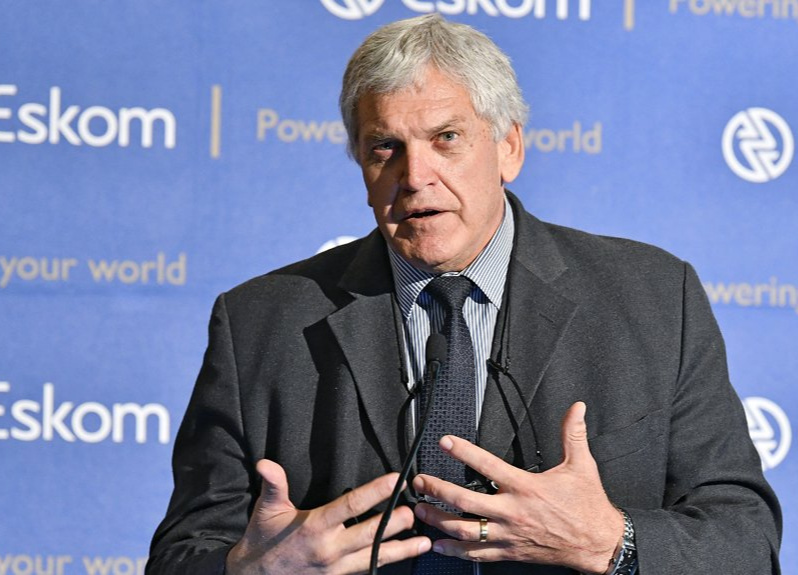 Eskom’s chief operations officer, Jan Oberholzer, has confirmed to journalists that the power utility entered into contracts to supply power to Zimbabwe and Zambia – but only if it is available.

The executive was responding to questions from media, following a briefing by President Cyril Ramaphosa at MegaWatt Park, on the steps being taken to resolve the load shedding crisis.

Oberholzer responded to a question about the conditions under which the power utility exports power to neighbouring states.

“We have contracts that we have signed, with Zesa of Zimbabwe and Zesco of Zambia. We do export specifically to Zimbabwe at this point in time. I do not know if we have started with Zesco,” he said.

Zesa, or the Zimbabwe Electricity Supply Authority, and Zesco are state power utilities in Zimbabwe and Zambia, respectively.

Oberholzer said he signed the contract with Zesco two weeks ago.

He emphasised that this is “non-firm” power. “If Eskom needs the power, we do not export the power. The contracts have been signed as non-firm,” he stressed.

Oberholzer also apologised to the public for the “embarrassment” of Eskom having to implement stage 6 load shedding earlier this week.

The president, who was on an official visit to Egypt, cut the trip short to meet with Eskom leadership to find out what exactly went wrong.

Ramaphosa told media that he was informed by Eskom that issues were related to the ageing power stations, technical problems at new power stations, and rainfall resulting in wet coal. Sabotage had also been a factor which worsened load shedding, he said.

According to Ramaphosa, Eskom managment and executives will not take leave over the festive season, to ensure the country does not experience load shedding. He said that Eskom management had promised no load shedding between December 17 and January 13.

Furthermore, the Eskom board and management have put forward proposals to improve capacity by as much as 5 000 MW, which will be presented by Public Enterprises Minister Pravin Gordhan and Mineral Resources and Energy Minister Gwede Mantashe to Cabinet on Friday. Among the proposals include self-generation and the use of floating generators.

An investigation into sabotage which took place at Tutuka power station is also underway.