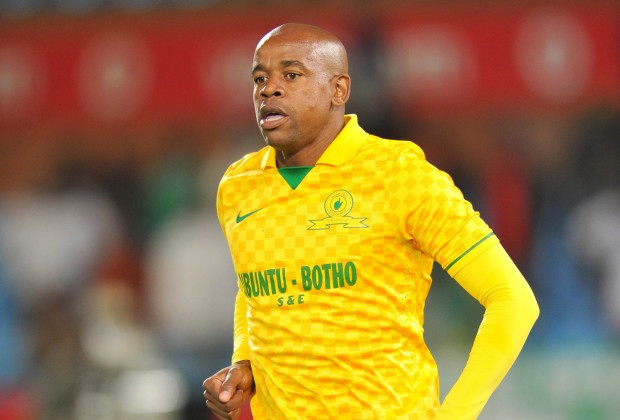 FORMER Zimbabwe Warriors midfielder and Mamelodi Sundowns player, Esrom Nyandoro has joined other football stars around the world to raise cash to fund the global fight against the COVID-19 pandemic.

The 40-year-old Nyandoro, who is nicknamed “Yellowman” has selected his best football jerseys to auction them to raise money to buy one million sanitisers and one million masks in a campaign to help the vulnerable communities in South Africa and Zimbabwe.

According to the former football star he will have to part way with his favourite t-shirts and boots during the auction.

Nyandoro said he will auction one Sundowns, two Warriors shirts and one pair of boots that he used during his playing career.

The former Zimbabwe national team player said he will donate to his home country and South Africa where he spent most of his playing career before his retirement from the professional game in 2014.

He added that he has decided to auction his football jerseys to help in the fight against the Corona pandemic.

“I would have loved to keep the jerseys, but the sacrifice is worth it,” he said.

“I want to give back the jersey because I feel it’s more special to give a jersey for auction,” Nyandoro said.

“This is a sacrifice for me because a jersey is something worth keeping for memories sake and children, but in this case, I feel it’s best to give back to the people who supported me,” he said.

Nyandoro said the one million sanitizers and one million mask campaign is organised by former Miss Zimbabwe Samantha Tshuma and the duo of Vimbai Musvaburi and Tapiwa Virima.

The auction will take place next week Monday on his Instagram page @esromnyandoro at 8 pm. Anyone interested in the auction can call Grace Ndlovu +27 794758039.

Nyandoro who also played for the now-defunct local side Amazulu locally retired from professional football in 2014 after spending 11 years at South African Premiership side Mamelodi Sundowns.

The former Warriors player is currently employed by his former club Mamelodi Sundowns as a football scout.