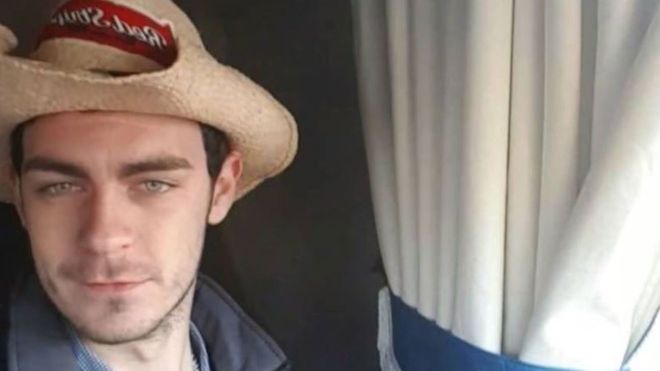 A lorry driver is due to appear in court charged over the deaths of 39 people found in a refrigerated trailer in Essex.

Maurice Robinson, 25, of Craigavon in Northern Ireland, is due to appear via videolink at Chelmsford Magistrates’ Court on Monday.

The bodies were found in a trailer in the early hours of Wednesday on an industrial estate in Grays.

DNA tests are being carried out in Vietnam to help to identify the dead.

Another driver who brought the container to Zeebrugge before it crossed the Channel was arrested at the port of Dublin on Saturday, according to the Belgian prosecutor’s office.

Essex Police said the man was “a person of interest” in their investigation.

“We are liaising with the Garda via telephone as this man is currently held outside the jurisdiction of the law of England and Wales,” a spokesman said.

Three other people arrested in connection with the deaths were released on bail on Sunday.

Detectives are now working on the largest mass fatality victim identification process in the force’s history.

Initially, police said the victims were Chinese, but a number of Vietnamese families have described how they fear their loved ones are among the dead.

Some of the victims are said to have paid thousands of pounds to guarantee their safe passage to the UK, from where they would be able to carry out work that would give them money to send home.

Reuters reports that the UK government has sent documents to Vietnam’s Ministry of Public Security in a bid to identify four of the 39 victims.

Families in the country have shared their fears their loved ones could be have been among those who died.

Pham Thi Tra My, 26, sent her family a message on Tuesday night, saying her “trip to a foreign land has failed”.

Meanwhile, Nguyen Dinh Gia said he had not heard from his son Nguyen Dinh Luong, 20, since he told him last week he was trying to join a group to get from Paris to the UK.

Detectives are also investigating claims the lorry could have been part of a convoy of three carrying about 100 people.