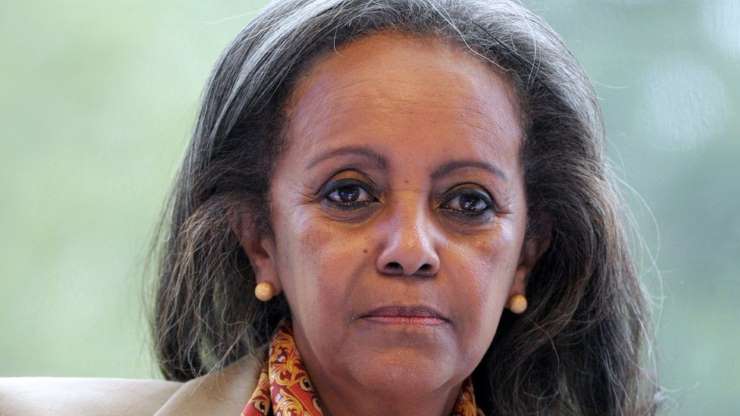 The position of president is ceremonial in Ethiopia, with executive power vested in the office of the prime minister, but the appointment is deeply symbolic and follows up on last week’s cabinet reshuffle in which made half the ministers are now women in Africa’s second-most populous country.

“In a patriarchal society such as ours, the appointment of a female head of state not only sets the standard for the future but also normalizes women as decision-makers in public life,” tweeted Fitsum Arega, the prime minister’s chief of staff and de facto government spokesman.

Parliament accepted the resignation of Mulatu Teshome, who had served as president since 2013.

Under Ethiopia’s young new prime minister, Abiy Ahmed, who came to power in April, there have been a whirlwind of reforms, including releasing political prisoners, inviting back exiles and making peace with the country’s chief opponent, Eritrea, after two decades of hostilities.

Abiy has also publicly declared the need to promote women in what has been a largely patriarchal conservative society.

A woman now heads one of the most powerful ministries in the country, the Ministry of Peace, which controls the intelligence agency and security forces. Muferiat Kamil, the former speaker of the house, heads the ministry, which aims to tackle the widespread ethnic unrest that has erupted in the country since the easing of the authoritarian control.

A woman is also now in charge of the Ministry of Defense.

Sahlework would be modern Ethiopia’s first female head of state, though in the country’s history there have been empresses who wielded great power.

Sahlework, 68, was previously the special representative of the United Nations secretary general to the African Union and prior to that headed up the organization’s Nairobi office with a rank of under secretary general.

She began her diplomatic career as ambassador to Senegal in 1989 with responsibilities in neighboring African countries and later went to Djibouti before eventually serving as ambassador to France, where she had previously studied.

Among her many roles with the U.N. was head of the peacebuilding office in the Central African Republic until 2011.

According to the constitution, the president is the head of state but the office’s powers are ceremonial and include opening parliament, appointing ambassadors and high military ranks following the prime minister’s recommendation and receiving credentials of ambassadors.