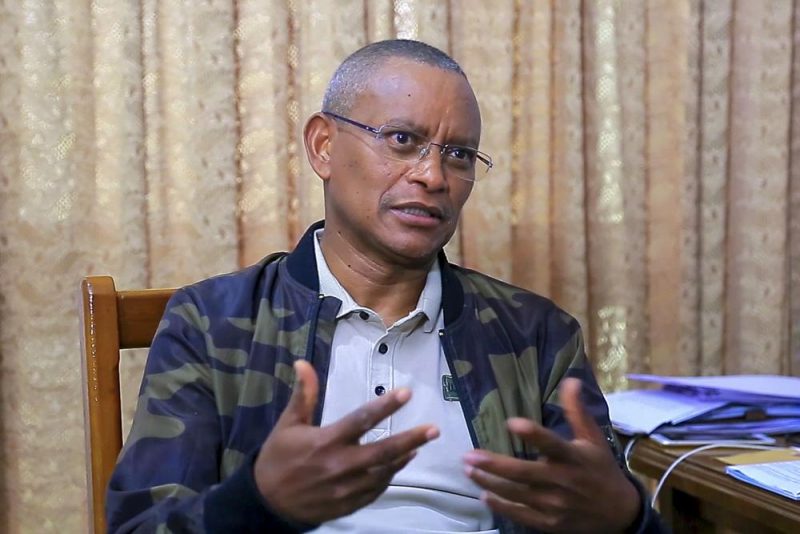 Ethiopia’s government and rebels from the country’s Tigray region said Wednesday they were ready to attend peace talks after the African Union invited both parties to negotiations in South Africa.

Prime Minister Abiy Ahmed’s national security adviser said the government had “accepted this invitation” while the leader of rebel-held Tigray said they were “ready” to send negotiators but raised questions about process.

Both sides had been invited to talks in South Africa this weekend by AU chair Moussa Faki Mahamat to try and end nearly two years of war in Africa’s second-most populous country.

A major resurgence of fighting in August dashed a five-month truce and halted aid into Tigray, where a shortage of food, fuel, cash and medicine has caused a humanitarian crisis.

The latest upsurge has also drawn Eritrean troops back to the battlefield in support of Ethiopia’s federal and regional forces, which are confronting rebels from the Tigray People’s Liberation Front (TPLF) on multiple fronts.

The deepening conflict has raised international alarm, with the United States this week announcing that its special envoy to the region, Mike Hammer, would be making his second visit to Ethiopia in as many months to seek a halt to the fighting.

Tigrayan authorities said last month they were ready to participate in talks mediated by the AU, removing an obstacle to negotiations with the government in Addis Ababa. Abiy’s national security advisor, Redwan Hussein, said the AU invitation was “is inline with our principled position regarding the peaceful resolution of the conflict and the need to have talks without preconditions”.

Tigray’s regional authorities said they were “ready to send our negotiating team to South Africa” but wanted to know what other parties would be involved and what role the international community would play.

“Considering we were not consulted prior to the issuance of this invitation, we need clarification to some of the following issues to establish an auspicious start for the peace talks,” read a statement signed by TPLF leader Debretsion Gebremichael.

The warring sides were previously at odds over who should mediate negotiations, with Abiy’s government pushing for Obasanjo and the TPLF wanting Kenyatta to broker dialogue.

They have also sparred over the restoration of basic services such as electricity, communications and banking in Tigray – a key precondition for dialogue according to the TPLF.

The region of six million people has been facing desperate shortages of food, fuel, medicines and other emergency supplies, with the UN’s World Food Programme warning of rising malnutrition even before the latest fighting halted aid deliveries.

The US State Department on Monday announced that special envoy Hammer would travel to Kenya, South Africa and Ethiopia this month.

The visit, which will include meetings with federal government and AU officials, comes on the heels of an 11-day trip by Hammer to Ethiopia last month, which the State Department said was aimed at supporting the launch of AU-led peace talks.

The war, which erupted in November 2020, has killed untold numbers of civilians and triggered a deep humanitarian crisis, and all sides to the conflict have been accused of grave abuses against civilians.

The TPLF dominated Ethiopia’s ruling coalition for decades before Abiy took power in 2018.

After months of rising tensions Abiy, a Nobel Peace Prize laureate, sent soldiers into Tigray to unseat the TPLF, saying the move was in response to attacks on federal army camps.

Half of South Sudanese hungry, as famine looms again