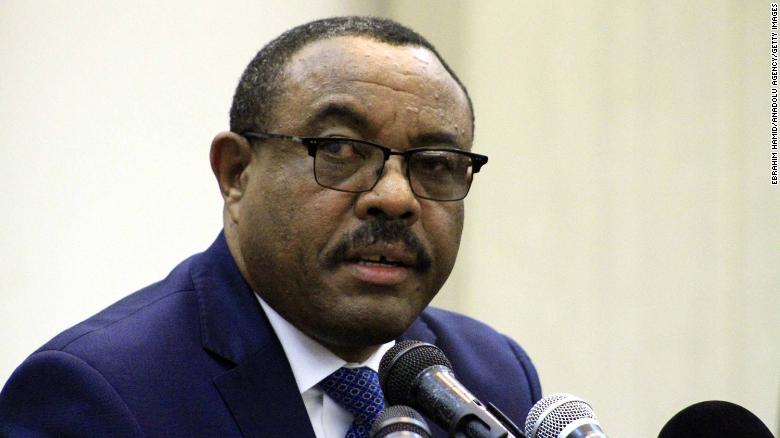 Hailemariam’s decision to step down was unprecedented in the 27-year reign of the Ethiopian People’s Revolutionary Democratic Front (EPRDF) and analysts say it is unclear who the party will pick to replace him.

The next prime minister will be chosen by the EPRDF council, a 180-person body composed of party officials.

The council will meet after the party’s 36-member executive committee finishes deliberations which are scheduled to start on Sunday, state-affiliated Fana Broadcasting Corporate reported.

“After the end of the Executive Committee’s meeting, the council of EPRDF will convene to elect (a) chairperson of the organisation,” Fana said, citing party administrator Shiferaw Shigute, who is thought to be one of the three front-runners to replace Hailemariam.

Made up of four ethnically based parties, the EPRDF controls every seat in parliament and wields unchecked power in Ethiopia.

But cracks have emerged within the coalition in recent months, leading to speculation that top officials – who rarely discuss intraparty politics openly – are divided over Hailemariam’s replacement.

Last week, 88 parliamentarians voted against formalising a state of emergency declared after Hailemariam’s resignation, an unusual break from the party line.

The last time Ethiopia declared a state of emergency was in October 2016 after months of anti-government protests by the country’s two largest ethnicities the Oromo and Amhara that left hundreds dead.

That declaration lasted for 10 months and mostly halted the protests, but Shiferaw said deadly clashes earlier this year in the regions of the Oromo and Amhara peoples’ were the reason for the new emergency decree.

Analysts believe it was this unrest and simmering discontent which prompted Hailemariam’s resignation.

Besides Shiferaw, Deputy Prime Minister Demeke Mekonnen, an Amhara, and former science and technology minister Abiy Ahmed, an Oromo, are believed to be front-runners for prime minister.

Hailemariam has agreed to stay in office until a successor is chosen.