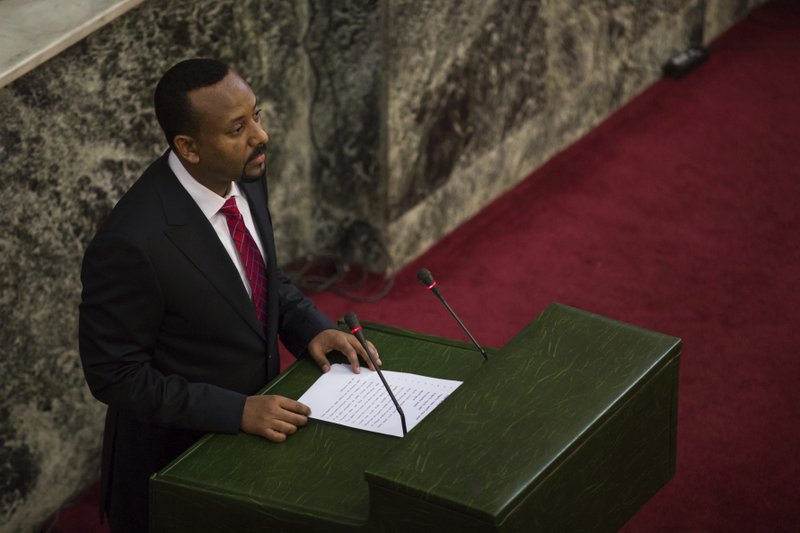 ADDIS ABABA: A party in Ethiopia’s ruling coalition is calling for an emergency meeting, saying dramatic reforms announced last week by the new prime minister were decided on without full consultations.

The statement late Wednesday by the Tigrayan People’s Liberation Front appears to be the biggest challenge so far for Prime Minister Abiy Ahmed, who took office in April.

The TPLF, which has been the dominant force in government for most of the past 27 years, said decisions to fully accept a peace deal with bitter rival Eritrea and open Ethiopia’s state-owned enterprises to investment were made before the ruling coalition’s congress met to discuss them: “We see this as a flaw.”

The statement added the TPLF accepts both decisions in principle but calls for caution in implementation: “We therefore call for the ruling party’s executive body and congress to hold an emergency meeting to deliberate on these issues.”

Residents in parts of the northern Tigray region bordering Eritrea have held a number of protests in recent days against Ethiopia’s agreement to fully implement the border demarcation decision. Residents of the contested border town of Badme have rejected the move that would see them become a part of Eritrea if Ethiopian troops pull out.

One Ethiopian activist, Jawar Mohammed, said the TPLF was trying to appease its base without clashing with the ruling coalition. “The people of Tigray should know that TPLF was the main force pushing for both” accepting the peace deal and economic privatization, he wrote in a Facebook post.

Last week’s announcements were the latest in a series of reforms under Abiy, who took power with pledges of change after more than two years of deadly anti-government protests demanding greater freedoms.