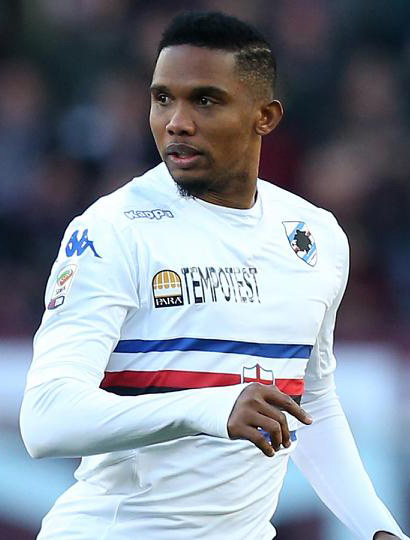 IT’S being reported that Sampdoria striker Samuel Eto’o refused to take part in a double training session this morning.
Eto’o has only recently joined the Blucerchiati, arriving from English Premier League side Everton.
Samp were beaten 5-1 by Torino at the weekend, with Coach Sinisa Mihajlovic declaring that the squad would be made to do double training sessions as a punishment.
However, according to the Gazzetta dello Sport, after completing the first session, the Cameroonian forward left the training ground without speaking to Mihajlovic.
It’s not currently known where Eto’o is, but the newspaper states the session will take place without his involvement.Advertisement