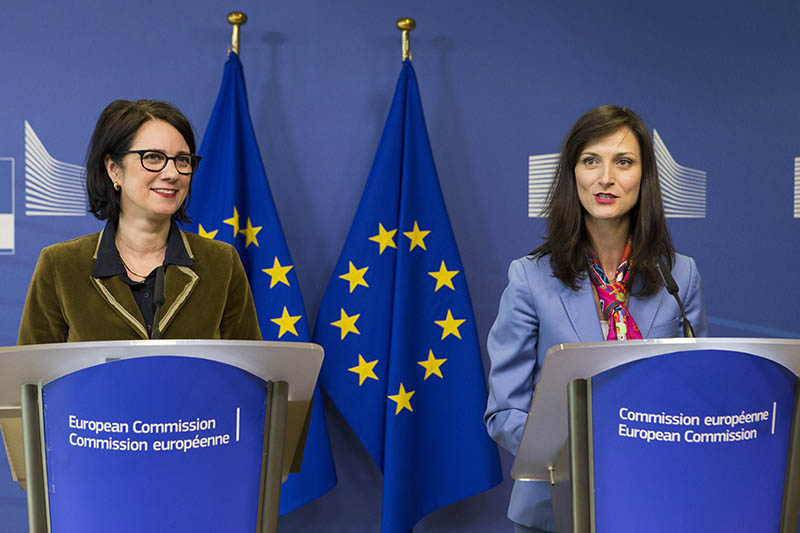 THE European Union (EU) and Canada have joined the local, regional and international community in coming to the aid of stricken villagers left stranded after Cyclone Idai ripped through south east of Manicaland over a week ago.

In a statement, the EU Delegation in Harare said it had donated an Mi-8AMT helicopter, operated by the World Food Program (WFP), with the assistance starting Monday.

According to the statement, the chopper can transport up to three metric tonnes or 19 people and will connect responders with cut-off and hard-to reach cyclone ravaged areas of Chimanimani and Chipinge.

EU Ambassador to Zimbabwe, Timo Olkkonen is set to visit the affected areas on Wednesday.

“We believe that this helicopter will make a crucial difference to the difficult relief operations currently underway. The humanitarian teams are now able to reach the victims in the most remote areas, supply them with relief items, including medicines, shelter kits and hygiene packs and to assist the medical evacuation where needed.

“Flying into the affected areas will also help us gather a better picture of the extent of damage and devastation and to coordinate further assistance,” Olkkonen said.

The helicopter’s cost of EUR 250.000 is covered from the EUR 3.5 million that the EU’s humanitarian arm, ECHO has provided for relief operations in Mozambique, Zimbabwe and Malawi.

Canadian Minister of International Development and Minister for Woman and Gender Equality, Maryam Monsef, in a statement released by the North American country’s embassy in Harare Monday, said her country will fund assistance to cyclone victims in Malawi, Mozambique and Zimbabwe.

Monsef announced that Canada will provide initial funding of up to CAD3.5 million in emergency assistance to support humanitarian organisations responding to the devastation caused by tropical Cyclone Idai in Southern Africa.

“Canada is providing life saving humanitarian assistance as Malawi, Mozambique and Zimbabwe deal with the impact of this horrific tropical cyclone.

The Canadian Minister said her country has already donated humanitarian relief stocks to cater for immediate requirements for the people.

“Canada has also donated humanitarian relief stocks, including tarpaulins, shelter kits, mosquito nets and blankets, to help them respond to the immediate needs of the people affected by the cyclone.” she said.

The cyclone, which hit Mozambique, Malawi and Zimbabwe on March 15, 2019, has caused significant devastation to the communities destroying homes and infrastructure.

Many communities remain cut-off by flooding, without communications or electricity.

Across the region, hundreds of people were killed by the cyclone and many more remain missing.

Canada’s assistance, the statement said, will be provided through experienced United Nations, Red Cross and non-government organisation partners and will focus on meeting the immediate food, shelter, water, sanitation, health and protection needs of households displaced by flooding or otherwise impacted by the storm.

The EU also has other humanitarian programmes running in Zimbabwe to alleviate the suffering of vulnerable groups.