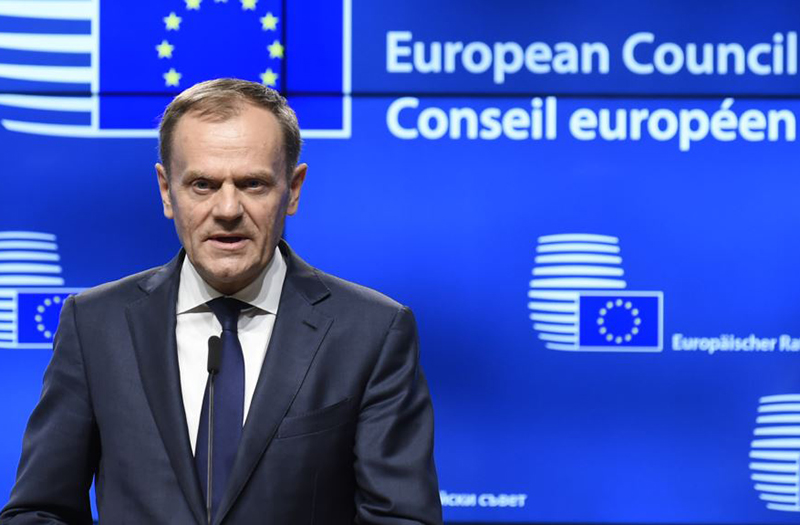 In a pre-summit invitation letter to the leaders of EU countries Wednesday, Tusk wrote that “trans-Atlantic relations are under immense pressure due to the policies of President Trump.”

Tusk, who chairs the two-day summit starting Thursday in Brussels, said that “unfortunately, the divisions go beyond trade.”

“It is my belief that, while hoping for the best, we must be ready to prepare our Union for worst-case scenarios,” he wrote.

Earlier this month, Trump imposed tariffs on imports of European steel and aluminum. The EU responded with “rebalancing measures” that hit around 2.8 billion euros ($3.25 billion) worth of American-made products.

Tusk thinks Trump’s action on tariffs, which the EU insists is pure protectionism, and pulling out of the Iran nuclear deal — an agreement the Europeans say is vital to their security— is part of a pattern rather than isolated incidents. Trump is also threatening to introduce tariffs on cars, which could heavily impact Germany.

EU Trade Commissioner Cecilia Malmstrom said that while the EU does have higher tariffs on cars than the U.S. — around 10 percent versus 2 percent — the tariffs only apply to a fraction of the car market, around 15 percent. The U.S. has higher tariffs on trucks and other products, she said.

Malmstrom said the EU cannot lift its car tariffs for the United States or it would have to do so for the rest of the world, and “there’s no way” EU member countries would agree to that.