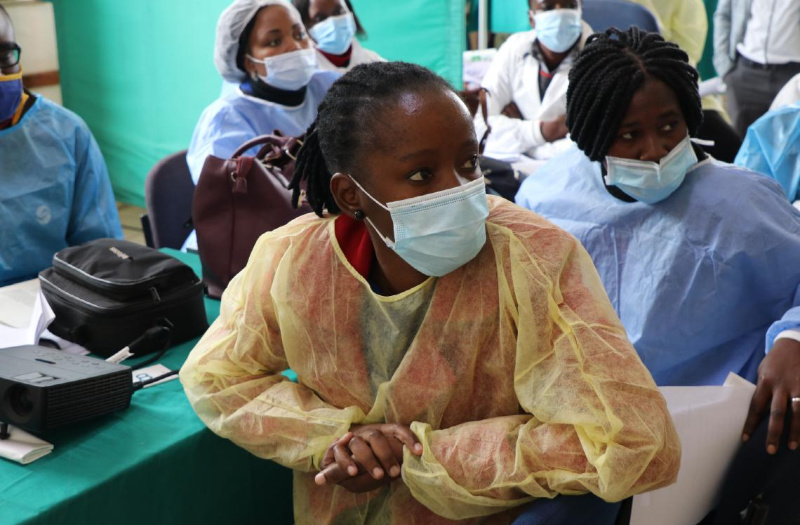 HDF is managed by UNICEF with key donors being the United Kingdom, Ireland, Sweden, European Union and GAVI.

HDF pooled resources which have seen state of the art USS machines being handed over.

Speaking on the sidelines of a recent workshop held to train health officials on using the machines, Government Medical Officer, Doctor Ruvimbo Musvosvi of Birchenough Bridge Hospital in Manicaland Province said the machines were lifesaving.

“This is lifesaving,” she said.

“This new USS machine, which will replace an old and often malfunctioning one at my hospital, will save the lives of pregnant women and new-borns through early detection of maternal and foetal complications.”

Musvosvi said the machines will help health staff come up with accurate diagnosis as opposed to depending on clinical experience in tackling problems affecting patients.

“This is a double package. We are being trained and receiving a machine for our respective health facilities.

The economic environment can hinder the care we need to give pregnant women. The cost to have a scan can range from US$10 to US$50 and that is steep for many,” she said.

Faith Bangawe, a midwife with the Chinhoyi Provincial Hospital said the machines will improve women’s health.

“Every pregnant woman should get an Ultrasound Scan at least once during the eight visits that are recommended during pregnancy.

“This will help us reduce the maternal and neonatal mortality as complications are detected early. Mothers and children matter and we must protect them.”

Bangawe said at their provincial hospital, they had one USS machine, which led to pregnant women being given staggered dates to come for examination.

The donation comes at a time when the country’s health facilities are burdened with obsolete machinery due to lack of investment in the health sector by Zimbabwean authorities.