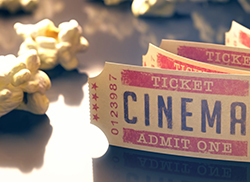 THE European Union Film Festival will, for the first time, be held in Bulawayo at the end of the month with a collection of films from across the bloc’s member states set to be screened over a period of four days.
In a statement released Thursday, the Delegation of the EU to Zimbabwe said the festival will run from October 25 to 28, and admission would be entirely free.
“This years’ selection of cinema presents film enthusiasts with vivid pictures of Europe’s societies in their all-encompassing facets and cultures, a wide scope of stories that engage and pay tribute to the common traits of human nature,” said the delegation’s public affairs officer Dorothe Greebe.
“The diversity in narrative will take you from the sweeping streets of Rome, via excursions into Bolivia, New York and Turkey right into the quaint confines of an apartment in Prague and a depressing hotel room in Romania in the 1980s.”
She added; “You will meet illustrious and loveable (or less loveable) characters, such as Eddie the Eagle, the little Finn who just lost his mother, control freak Erika, and money thief David, who tries to start a new life on the Azores.
“Eleven screenings, spread out across four days, provide more than 1000 minutes of entertainment and food for thought.”
The head of the European Union Delegation to Zimbabwe, Ambassador Philippe van Damme, said they were very excited to finally bring the Festival to Bulawayo, adding it would bring in some outstanding European movies that would entertain and touch the audiences.
“Cinema, however, is not just about entertainment. It is also about the expression of identities, reflecting the state of a society, of a community,” he said.
“And our films are inspired by the core principles of Europe: unity in diversity; cultural, but also linguistic or even ethnic diversity; but unity of values, such as equality and democracy, as well as our social model.”
German award-winning tragicomedy, Almanya will kick off the festival at the Bulawayo Gallery on Wednesday, 25 October at 6 p.m.
The film questions the sense of identity and belonging of Turkish immigrants and their descendants; thoughtfully and humorously reflecting on the most pressing issues in current Europe such as migration and integration.Advertisement

Wednesday and Thursday will see two films screened at 6 and 8 p.m. respectively while on Friday there will be three films starting at 4 p.m.