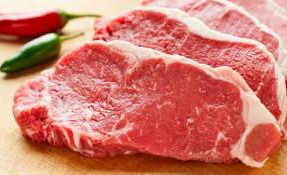 THE European Union (EU) has injected $30 million towards the development of the country’s livestock production.
Most of the funds released by the EU are aimed at recapitalizing Zimbabwe’s beef production and the livestock industry which used to bring in foreign currency before the turn of the millennium.
Zimbabwe was once the largest exporter of beef to the EU market among all the Southern African countries. Things changed when the government decided to seize land from white commercial farmers most of whom were the producers of the beef which the country was exporting.
“In total, the EU is providing $ 29 610 600 (EUR 25 500 000) for projects that aim at improving the economic, social and environmental performance of value chains and also their direct enabling environment including business and financial services and the provision of animal feed at reduced costs,” said EU in a statement Tuesday.
The EU said these funds would be unveiled to organizations which have traceable records of effectively dealing with agriculture production throughout the country.
“The target groups of this support includes off takers in these value chains, actual and potential suppliers (small and medium scale farmers) as well as producer and industry associations, unions, service providers and input suppliers ,” said the EU.
“EU wishes to Strengthen service provision for developing sustainable agriculture value chains, supporting the development of sustainable, high potential livestock based value chains,” said EU.
Brussels said the decision to capacitate this sector also comes after realizing that actors in these value chains were faced with a number of challenges that “undermine their profitability and establish a vicious circle of low investment and low productivity including limited linkages to growth markets, lack of finance for long term investment, the cost of animal feed and aggregation as well as the limited investment in productivity”.
Advertisement