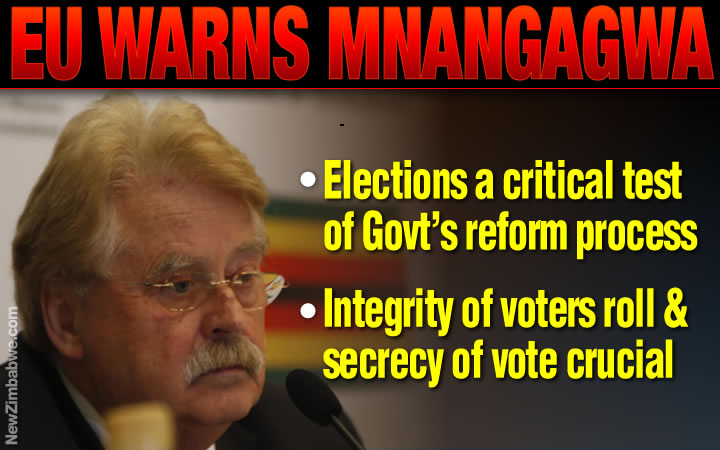 THE European Union (EU) Observation Mission in Zimbabwe says the July 30 elections are a critical test for the reform process in the country and should, therefore, be as credible as possible.

“These elections are a critical test of Zimbabwe’s reform process,” the mission’s chief observer Emar Brok told a press conference in Harare Friday.

“The EU wishes to accompany Zimbabwe in its transition to satisfy the legitimate expectations of the Zimbabwean people and stands ready to engage further if the appropriate conditions are met.

“Elections are, in this regard, an essential step in a long and challenging reform process.”

The EU is observing Zimbabwe elections for the first time since 2002 when leader of the its then observer mission to the presidential election, Pierre Schori, was kicked out of the country by former President Robert Mugabe.

The expulsion of Schori, who was the Swedish ambassador to the United Nations, led to the imposition of sanctions on Zimbabwe by the EU, which had previously resisted calls for such measures against the Southern African nation.

Mugabe’s government had refused to give observer status to Schori and other Swedish officials or representatives from Britain, Denmark, Finland, Germany or Holland, accusing them of supporting the Movement for Democratic Change led by Morgan Tsvangirai, which posed the greatest threat to Zanu PF’s grip on power since independence in 1980. 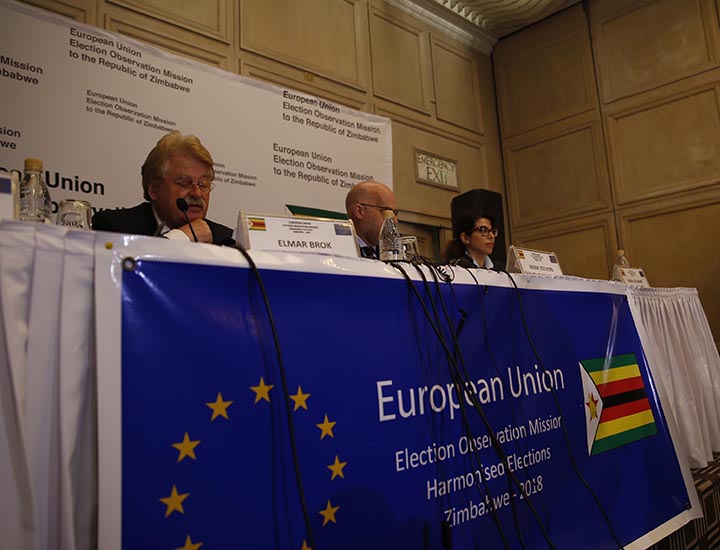 EU chief observer Emar Brok said there was need to restore public confidence in the electoral process, which has a history of contestations.

“Given the context of past elections, great efforts need to be made to ensure public and political confidence in the 2018 polls,” said Brok.

“Necessary efforts include transparency and inclusivity, confidence in the integrity of the voters roll, emphasis on secrecy of the vote and the peaceful conduct of the polls.”

He said the presence of the EU Observer Mission was a demonstration of the Brussels’ commitment to the conduct of peaceful, credible and transparent elections in Zimbabwe.

“We hope the presence of the EU observers can be a source of support for the conduct of credible elections.

“Our observation focuses not only on the election day, but on the entire election process, including the environment for the polls, conduct of the campaign, results transmission and the resolution of any election related disputes after voting has finished.”

Brok said they would only present the findings of their assessment after the polls, adding that their report would also consider the environment and context for the polls.

Deputy Chief Observer, Mark Stevens, said the opposition MDC Alliance led by Nelson Chamisa was right in demanding to be allowed to observe the printing of the ballot papers and to be furnished with an analysable voters roll, saying this enhanced transparency and confidence in the process.