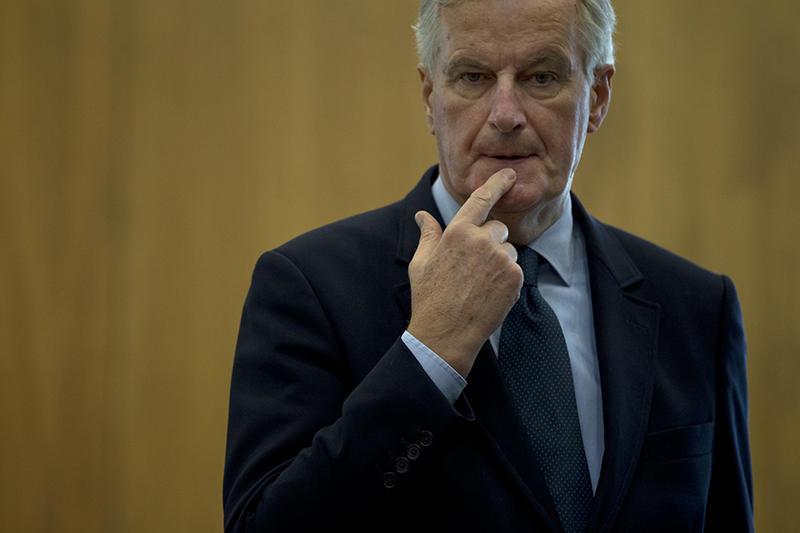 BRUSSELS (AP) — The European Union’s Brexit negotiator said Wednesday that an agreement on Britain’s exit “is within reach” if negotiations make progress before a summit next week.

Michel Barnier said that up to 85 percent of the work on a deal is done, but that the issue remains of how to ensure a transparent border on the island of Ireland.

He offered suggestions to make sure border checks are be kept to a minimum. Yet he also warned that some British proposals for future trade, as they stood, would give the U.K. too much of a competitive trade advantage.

With goodwill from both sides, he said that “agreement is within reach” as British Prime Minister Theresa May and her 27 counterparts in the bloc get ready to meet in Brussels on Oct. 17.

EU Commissioner Dimitris Avramopoulos told reporters Wednesday that Barnier and his team “are working day and night to reach a deal.”

Britain is leaving the EU on March 29 and the possibility of there being no deal on future relations — particularly trade — is worrying businesses and politicians.

As part of the EU, Britain benefits from seamless trade with the bloc, its biggest trading partner. The key question is how to let Britain exit the EU without too much disruption to trade and without reinstalling a hard border between the Republic of Ireland and Britain’s Northern Ireland.

The EU’s proposed solution — to keep Northern Ireland inside the bloc’s single market and customs union after the rest of the U.K. leaves — is fiercely opposed by the Democratic Unionist Party, a pro-British Northern Ireland party that props up May’s minority government.

DUP leader Arlene Foster has said a deal must not breach its “red line” that there can be no new barriers between Northern Ireland and the rest of the U.K. The party is threatening to vote against the government’s budget — potentially toppling May’s administration — later this month if it doesn’t get its way, according to British broadcasters.

May’s Conservative Party is also divided over how close an economic relationship to seek with the EU after Brexit, leaving the prime minister in a precarious position. She has to get any deal agreed with the EU through Parliament, and the numbers aren’t in her favor.

On Wednesday, May urged lawmakers from all parties to “put the national interest first” and support the deal she is trying to negotiate with the EU.