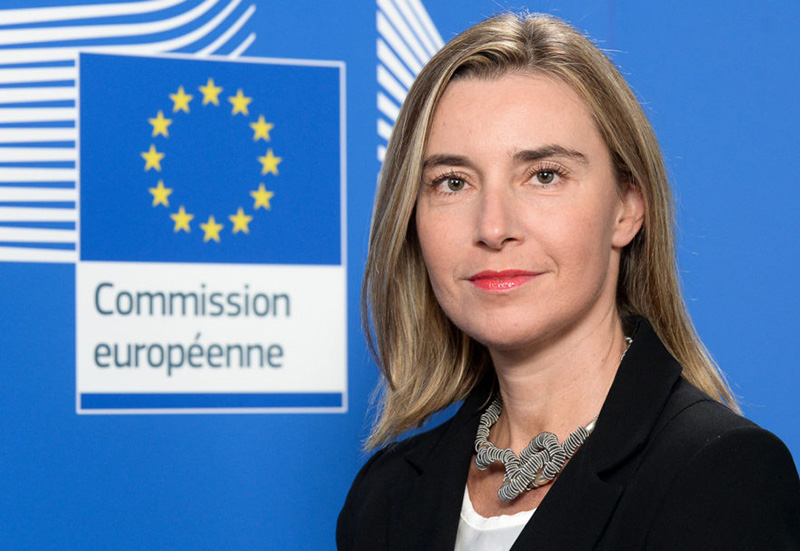 THE European Union has accepted an invitation by the Zimbabwean government to observe harmonised elections expected in three months’ time.

The two met in Brussels as a follow-up to the visit to Zimbabwe by the EU Commissioner for International Cooperation and Development Neven Mimica.

The latest meeting was seen as an important step in developing relations between the EU and Zimbabwe, which soured after the former imposed what it termed restrictive measures against Harare for human rights violations in the Sothern African country.

The measures, which included travel bans for certain individuals and asset freezes as well as an arms embargo, have been gradually removed, leaving just two individuals and one company on the list.

The EU resumed bilateral development cooperation with Zimbabwe after the lifting of sanctions in 2014 while its member states have been regularly engaging with the country since then.

“The High Representative/Vice President Federica Mogherini welcomed the commitment of the government of Zimbabwe to peaceful, inclusive, transparent and credible elections.

The delegation said Mogherini had emphasized the importance of putting in place a legal framework to allow for freedom of expression, freedom of the media and freedom of assembly before the forthcoming elections.

He reportedly noted that the government of President Emmerson Mnangagwa was showing the will to bring forward comprehensive political and economic reforms and confirmed the EU readiness to further support the country in that regard.

President Mnangagwa, who took over from former President Robert Mugabe after a military assisted coup in November 2017, has promised to hold free and fair elections and has invited those wishing to observe the plebiscite to come.

Some pre-election observer missions from the African Union, SADC and the EU have already visited the country to familiarize themselves with the situation on the ground ahead of the elections.

The country’s opposition political parties and civic organisations have been calling for meaningful electoral reforms, with the leader of the biggest opposition, the MDC-T and presidential candidate for the MDC Alliance, vowing they would not participate in the elections without the necessary reforms.