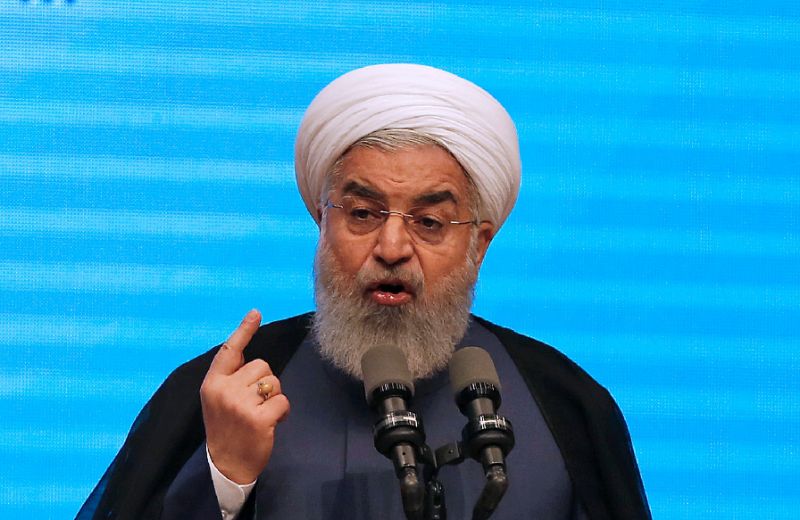 The EU on Wednesday urged Russia and Iran to pressure Damascus to engage in talks to end Syria’s bloody civil war, as international donors pledged billions of dollars to help civilians caught up in the conflict.

More than 80 countries, aid groups and United Nations agencies are meeting in Brussels for the second day of a conference on the future of Syria, after the UN’s special envoy warned of a looming humanitarian catastrophe in the rebel-held region of Idlib.

Europe is also keen to use the conference to restart UN-led talks in Geneva which have made little progress in eight rounds. This was in part because Assad’s government has paid little interest in them, and Russia, Iran and Turkey launched a rival process in the Kazakh capital Astana last year.

“We need in particular Russia, Iran to exercise pressure on Damascus so that it accepts to sit at the table under UN auspices,” Mogherini said as she arrived for the gathering, the seventh of its kind.

“We believe that the only sustainable peace for Syria will be linked to a political process under UN auspices.”

Moscow has repeatedly defended Syria at the UN, most recently over the suspected chemical attack in the town of Douma, blamed by Western powers on Assad’s forces.

Britain’s development minister Penny Mordaunt will urge delegates at the conference to step up the pressure on Moscow.

“In wielding its UN veto 12 times on Syria, (Russia) has given a green flag to Assad to perpetrate human rights atrocities against his own people,” Mordaunt will say, according to her office.

“We’re here to address the urgent humanitarian needs in Syria and the wider region, but all of us here know that the only solution to end the suffering in Syria is a political settlement that brings peace.”

The UN says a total of over $9bn is needed this year for humanitarian work inside Syria and to support refugees in neighbouring countries.

Some of the money has been raised already but Mark Lowcock, the head of UN aid agency UNOCHA told AFP he hoped to see $8bn pledged on Wednesday, warning that some programmes may need to be cut if funds are not forthcoming.

“We are quite desperately short of resources,” Lowcock said on Tuesday, adding that UNOCHA managed to raise only half of the funds it needed in 2017.

Some 6.1 million people are now internally displaced in Syria, more than five million have fled the country and 13 million including six million children are in need of aid, according to the UN.

More than 700 000 people have been displaced since the start of this year alone as Assad has stepped up his offensive against rebel forces, intensifying the humanitarian crisis.

UN Syria envoy Staffan de Mistura on Tuesday urged the international community not to allow a fresh humanitarian catastrophe to unfold in the rebel-held northwestern province of Idlib, on the Turkish border, which has seen a massive influx of people fleeing the conflict.

“We were and are concerned on the humanitarian side by Idlib. Because Idlib is the big new challenge, 2.5 million people,” Mistura said.

“We hope that this would be an occasion for making sure that Idlib does not become the new Aleppo, the new Eastern Ghouta, because the dimensions are completely different.”

A UN Security Council retreat in a secluded farmhouse in Sweden at the weekend, called in a bid to overcome its paralysis on Syria, had lowered the “temperature” but failed to find a political solution, Mistura said.