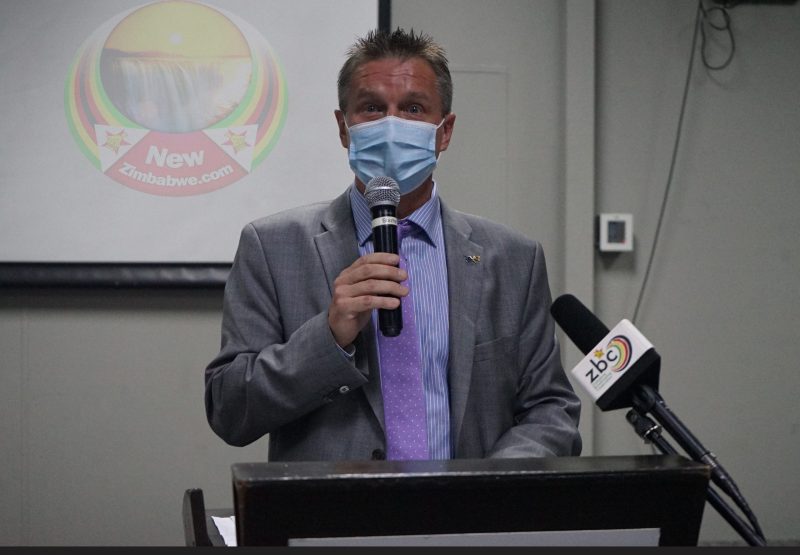 He was speaking at the 2021 Media Institute of Southern Africa (MISA) Zimbabwe World Press Freedom Day commemorations, where, although he commended the government for the progress in access to information, and freedom of association, he warned other proposed new laws would, however, erode all the progress made.

On Friday, Mnangagwa signed into law, the Constitutional Amendment (No,2) Bill, with political opponents accusing him of strengthening his grip on power.

However, Olkkonen said another proposed Bill, the Patriotic Bill had the potential of derailing progress made in advancing access to information and freedom of speech by the media and citizens.

Olkkonen said this proposed Bill was a claw-back law that hindered Zimbabwe’s progress.

“Besides the progress on the legal framework, the reform agenda should adopt a holistic approach than a fragmented approach so that the gains made under one law might not be eroded under another. MISA (Media Institute of Southern Africa) has referred to this as claw-back laws and indeed it is important that progress in other areas is not undermined by underdevelopment in other areas.”

“We have made reference to other laws having seen progress in access to information and (freedom) of association, it is important that other laws do not undermine this progress.

“The EU has been concerned about the proposals of the Patriotic Bill. There is a need for a holistic approach, of looking at all the legislation together and see what are the effects on political liberties and on freedom of speech,” said Olkkonen.

Zanu PF is accusing the two senior opposition politicians of urging the West to impose sanctions against Zimbabwe.

The EU official added: “It is encouraging to see a public commitment by government and action by the government to encourage freedom of the media and expression and to media pluralism. The action thus has been taken.

“We do applaud the appointment of the commissioners to the Zimbabwe Media Commission some months ago and the progress in licensing television stations and community radios as this had been overdue for many years, hence a commendable move.

“We hope these processes will continue and lead to independent and genuine information outlets which will act as a catalyst for development, improve livelihoods and a creation of social public sphere even in remote areas of Zimbabwe.”

Olkkonen also called for the self-regulation of the media.

“Self-regulation around the world especially in Europe including my own country (Finland) is contributing to a more responsible media and also it is conducive for  pressuring the judicial system in matters concerning libel and other suits when the media is being responsible for its own action.”

Olkkonen said in some instances, the electronic media and cyberspace had done significant damage in disinformation and misinforming communities, but advised the government to avoid regulations that erase freedoms in the wider control of the media and democratic spaces.

“The status of electronic media and cyberspace around the world is a challenge. We do recognise this use of disinformation and misinformation many times with malicious intent but when seeking to regulate this sphere of life, it is important not to destroy the baby of freedom of speech together with the bathwater, to trade carefully so that we are not undermining freedoms because of the need for more control.”