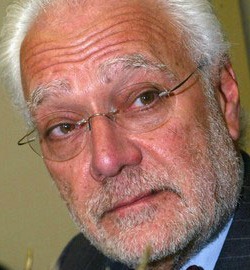 THE European Investment Bank will be making a second comeback to Zimbabwe having suspended dealing with the country due to unpaid arrears accumulated by the government.
Ambassador Aldo Dell’Ariccia, head of the European Union Head of Delegation to Zimbabwe, said the well-capitalised continental bank will however not be extending credit lines to the government, but will instead be channelling financial support to the private sector.
“The European Investment Bank has been absent from Zimbabwe for a while due to the arrears that Zimbabwe owes to the bank which are above the threshold that has not been met to provide new credits lines,” he said.
“So the European Investment bank which carried out exploratory missions, which proved to be successful, has now envisaged launching new development initiatives with the private sector.”
The EU Head of delegation said the bank was still not prepared to advance any new credit lines to the government until a huge debt overhang with the bank was settled.
“It’s not yet possible to provide credit to the government of Zimbabwe because of the level of arrears but in order to contribute to the process of consolidation of economic development, the bank is ready to come and consider the possibility of supporting the private sector,” he said.
Zimbabwe is battling a US$10,7 billion debt pile which officials say has constrained economic recovery after multi-lateral institutions such as the International Monetary Fund (IMF) and the World Bank withdrew support due to growing arrears.
In November 2010 Cabinet passed the Zimbabwe Accelerated Arrears Clearance Debt and Development Strategy (ZAADDS), a hybrid debt resolution initiative which includes the adoption of traditional debt resolution methods combined with leveraging the country’s natural resources to achieve sustainable development.
The debt strategy was approved by the IMF, which in October 2012, further relaxed the restrictions on technical assistance to the country.
Zimbabwe was forced to make an emergent cash pay-out to China in the first quarter of 2013 as a strategic move aimed at helping to unlock new funding for infrastructural development.
Treasury paid a total US$76,5 million for servicing external loans between January and March this year.
Said Finance Minister Tendai Biti in March: “Part of the reason we had to pay this huge outlay is that we concluded agreements with Sino Hydro in respect of the construction of and installation of two generators at Kariba South that will cost around US$400 million.Advertisement

“But China would not release fresh money unless we are up to date with our arrears and (we) all know how important Kariba South is to Zimbabwe.”
Meanwhile, trade between the European Union and Zimbabwe has doubled over the past four years with the EU envoy expressing optimism in the block’s future engagements adding that the current trade balance ratio is favourable to Zimbabwe.