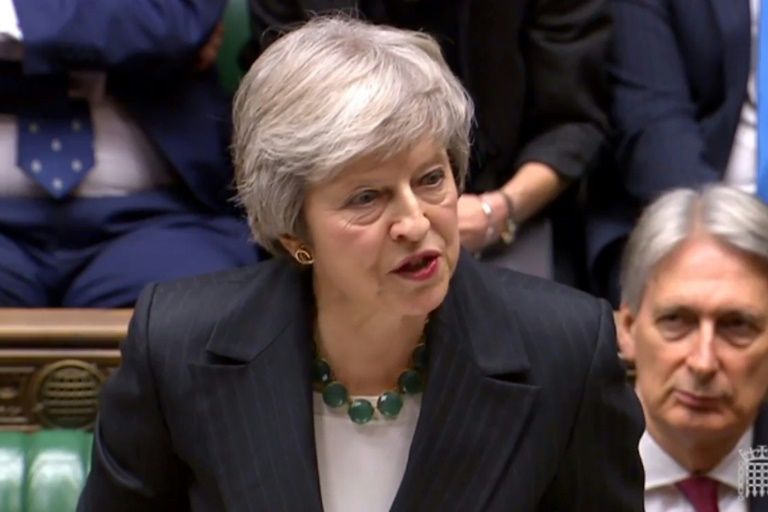 WORN down by three years of indecision in London, European Union leaders on Thursday grudgingly offered the UK more time to ease itself out of the bloc, delaying by several weeks but not eliminating the threat of a chaotic British exit.

After a meeting that stretched through the afternoon and over dinner, the bloc said Britain could postpone its March 29 departure to May 22 — if the UK Parliament approves Prime Minister Theresa May’s divorce deal with the bloc next week.

If the twice-rejected deal is thrown out again, the bloc says Britain has until April 12 to “indicate a way forward”.

“Now it is finally up to the British political system to provide a clear answer,” French President Emmanuel Macron said, adding that any final decision must come ahead of the May 23-26 European Parliament election.

May who has spent almost three years telling Britons they will leave the EU on March 29, 2019 — put a positive spin on the delay.

She said the EU decision underlines “the importance of the House of Commons passing a Brexit deal next week so that we can bring an end to the uncertainty and leave in a smooth and orderly manner”.

EU summit host Donald Tusk expressed relief that a cut-off date had been delayed. “I am really satisfied, especially that we have still open so many options,” Tusk said. “It is a good sign.”

The late-night offer eased some of the deep uncertainty among leaders at an EU summit in Brussels, which was exceeded only by the high anxiety being felt by politicians, businesses and citizens in Britain.

The British military has even set up a command post in a bunker under the defence ministry in London to help coordinate “no-deal” planning.

The House of Commons is split, both among and within its political parties, over whether and how to leave the EU. It has twice rejected the deal May brokered with the bloc’s leaders late last year.

This week, May finally acknowledged the Brexit gridlock and asked the EU to delay Britain’s departure until June 30, to create time to win parliamentary approval for her deal in a third attempt and then pass the legislation necessary for a smooth departure.