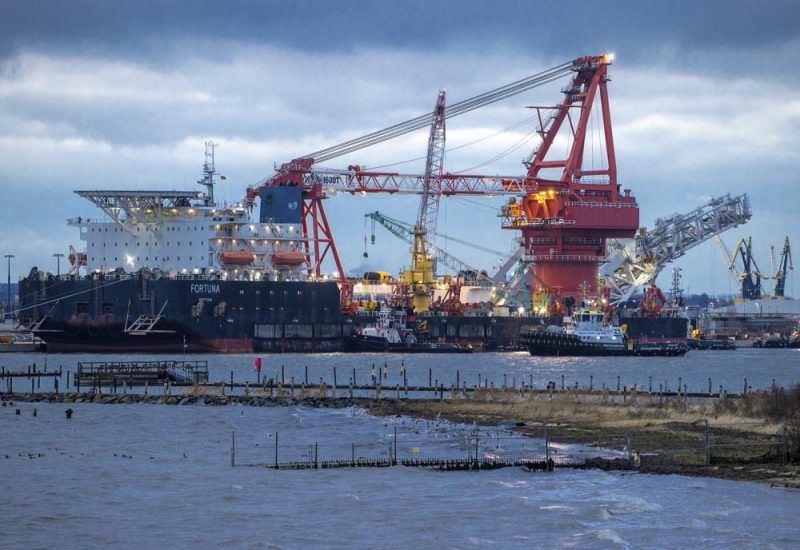 DAKAR: A new liquefied natural gas project off Africa’s western coast may only be 80% complete, but already the prospect of a new energy supplier has drawn visits from the leaders of Poland and Germany.

The initial field near Senegal and Mauritania’s coastlines is expected to contain about 15 trillion cubic feet (425 billion cubic meters) of gas, five times more than what gas-dependent Germany used in all of 2019. But production isn’t expected to start until the end of next year.

That won’t help solve Europe’s energy crisis triggered by Russia’s war in Ukraine. Still, Gordon Birrell, an executive for project co-developer BP, says the development “could not be more timely” as Europe seeks to reduce its reliance on Russian natural gas to power factories, generate electricity and heat homes.

“Current world events are demonstrating the vital role that (liquid gas) can play in underpinning the energy security of nations and regions,” he told an energy industry meeting in West Africa last month.

While Africa’s natural gas reserves are vast and North African countries like Algeria have pipelines already linked to Europe, a lack of infrastructure and security challenges have long stymied producers in other parts of the continent from scaling up exports. Established African producers are cutting deals or reducing energy use so they have more to sell to boost their finances, but some leaders warn that hundreds of millions of Africans lack electricity and supplies are needed at home.

Nigeria has Africa’s largest natural gas reserves, said Horatius Egua, a spokesman for the petroleum minister, though it accounts for only 14% of the European Union’s imports of liquefied natural gas, or LNG, that comes by ship. Projects face the risk of energy thefts and high costs. Other promising countries like Mozambique have discovered large gas reserves only to see projects delayed by violence from Islamic militants.

Europe has been scrambling to secure alternative sources as Moscow has reduced natural gas flows to EU countries, triggering soaring energy prices and growing expectations of a recession. The 27-nation EU, whose energy ministers are meeting this week to discuss a gas price cap, is bracing for the possibility of a complete Russian cutoff but has still managed to fill gas reserves to 90%.

European leaders have flocked to countries like Norway, Qatar, Azerbaijan and especially those in North Africa, where Algeria has a pipeline running to Italy and another to Spain.

Italy signed a $4 billion gas deal with Algeria in July, a month after Egypt reached an agreement with the European Union and Israel to boost sales of LNG. Angola also has signed a gas deal with Italy.

While an earlier agreement allowed Italy’s biggest energy company to start production at two Algerian gas fields this week, it wasn’t clear when flows would start from the July deal because it lacked specifics, analysts said.

African leaders like Senegalese President Macky Sall want their countries to cash in on these projects even as they’re dissuaded from pursuing fossil fuels. They don’t want to export it all either — an estimated 600 million Africans lack access to electricity.

“It is legitimate, fair and equitable that Africa, the continent that pollutes the least and lags furthest behind in the industrialization process should exploit its available resources to provide basic energy, improve the competitiveness of its economy and achieve universal access to electricity,” Sall told the U.N. General Assembly last month.

Algeria is a major supplier — it and Egypt accounted for 60% of the natural gas production in Africa in 2020 — but it can’t offset Russian gas to Europe at this stage, said Mahfoud Kaoubi, professor of economics and specialist in energy issues at the University of Algiers.

This year, Algeria is forecast to have piped exports of 31.8 billion cubic meters, according to Tom Purdie, a Europe, Middle East and Africa gas analyst with S&P Global Commodity Insights.

“The key concern here surrounds the level of production step-up that can be achieved, and the impact domestic demand could have” given how much gas Algeria uses at home, Purdie said.

Cash-strapped Egypt also is looking to export more natural gas to Europe, even regulating air conditioning in shopping malls and lights on streets to save energy and sell it instead.

Prime Minister Mostafa Madbouly says Egypt hopes to bring in an additional $450 million a month in foreign currency by rerouting 15% of its domestic gas usage for export, state media reported.

More than 60% of Egypt’s natural gas consumption still is used by power stations to keep the country running. Most of its LNG goes to Asian markets.

A new, three-party deal will see Israel send more gas to Europe via Egypt, which has facilities to liquefy it for export by sea. The EU says it will help the two countries increase gas production and exploration.