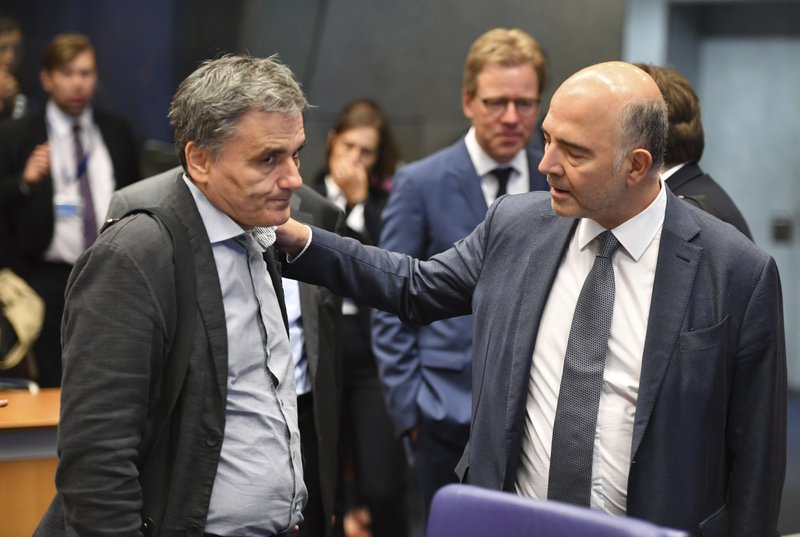 BRUSSELS: Eurozone nations put Italy’s government under immediate pressure Monday over its budget proposals, which they said would pile more debt on Italians and skirt the rules of good fiscal housekeeping shared by the 19 nations using the euro currency.

Italy’s populist government announced last week that it would increase spending next year, pushing the budget deficit out to 2.4 percent of GDP, past a 1.6 percent limit the government had earlier said it would observe.

While still below the EU limit of 3 percent, the move breaks with Italy’s recent efforts to reduce its debts and sets up a clash with the country’s European partners.

“We are all bound by the euro and need sound policies to protect it,” eurogroup President Mario Centeno said after Italy was forced to explain itself at the monthly meeting of the group’s finance ministers.

A runaway budget deficit and massive debt load already brought eurozone member Greece to the brink of bankruptcy three years ago and threatened to break up the eurozone itself. No one wants that scenario to be repeated.

Italy has the eurozone’s highest debt load in Europe after Greece, and financial markets fell sharply last week when the Italian government unveiled its spending proposals.

“I cannot see how these figures can be compatible with our rules,” EU Financial Affairs Commissioner Pierre Moscovici said Monday as he joined the eurozone finance ministers.

He said Italy’s spending plans for the next three years were “a very significant deviation from the commitment which had been taken.”

Dutch Finance Minister Wopke Hoekstra said “the signals we are getting so far are not very reassuring.”

Italy sought to reassure its partners, with Italian Finance Minister Giovanni Tria saying they should “remain calm” and await his explanations.

“I just want to be very clear, that there are rules,” said French Finance Minister Bruno Le Maire. “Rules are the same for every state, because our futures our linked. The futures of Italy, France, Germany, Spain, Luxembourg — all the members of the eurozone — are linked.”

The Italian budget will go to the European Commission for vetting this month.