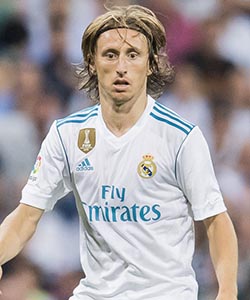 SOUTH Africa: Maritzburg United striker Evans Rusike admits a lack of self-belief hampered his productivity this season.
The Zimbabwean, who has recently attracted interest from the Middle East, was Maritzburg’s go-to-man last term with nine goals in all competitions in his maiden campaign in the PSL.
Rusike crucially scored twice in the win over Jomo Cosmos which preserved the club’s topflight status on the final day of 2015/16.
The former Hwange FC forward was consequently named Maritzburg’s Player of the Season and scooped their Golden Boot, prompting high expectations for this season.
Rusike subsequently managed four goals in 27 outings in 2016/17, although he reminded fans of his capabilities with a commanding run and finish in the recent 2-2 draw with Mamelodi Sundowns.
“In previous games the coach has been telling me that I’ve been letting myself down not believing in myself,” reveals Rusike.
“But of late, as you saw against Sundowns, they [coaches] have given me the freedom to say ‘if you get the ball don’t look who’s coming to support you, we know you’ve the abilities, just take on people and go and score’.
“I think that was missing in my game throughout this season.”
Meanwhile, Rusike says the side’s struggles last season has been a source of motivation to emulate the club’s only top-eight finish, achieved under Steve Komphela in 2014/15.
The Team of Choice are currently seventh on the table with 37 points from 29 matches and will end their season against struggling Bloemfontein Celtic at Harry Gwala Stadium on Saturday.
“What we went through last season has been the motivation to this season because we said ‘we mustn’t be down there again where we were last season, let’s be there at the top’,” he adds.
“So that was the biggest motivation. We are also not going to this game with the mentality of needing one point or what. I think it’ll be more safer for us if we just take three points to avoid any mathematics.”