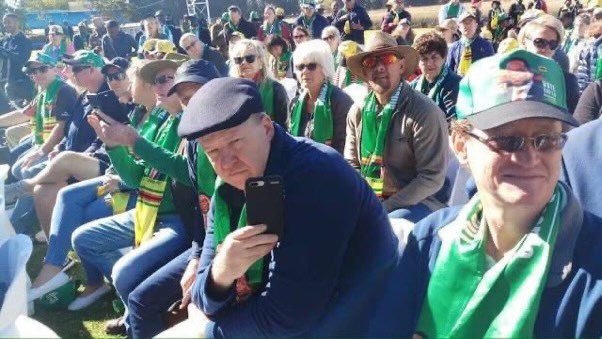 A NTABAZINDUNA white farmer whose farm was forcibly taken by the government before it was allocated to Floyd Ambrose has roped in Mthwakazi Republic Party (MRP) in his bid to reclaim the property.

Brain Davies and his family were evicted from Tabas Induna Farm in 2019 after the Umguza District Council’s lands committee allocated the property to Ambrose.

Following his eviction, Davies approached the courts, and was granted a relief order to stay at the farm. According to the court order, Ambrose was supposed to vacate the disputed property on March 6 2021.

This Monday, MPR activists led by party president Mqondisi Moyo attempted to eject Ambrose from the farm forcing his workers were to open gunfire at the MRP activists.

Ambrose had already removed Davies’ property and dumped it outside the farm lodge.

“As MRP, we wanted to make sure sanity prevails and that Davies is given back his place. We were touched because Davies agreed with our chiefs to modify this place into a tourist attraction that preserves Ndebele culture and values,” said Moyo.

“We will not allow anyone to destroy Ndebele cultural values. Zanu PF tried to destroy them for the past 40 years but as MRP we are saying enough is enough.”

Moyo said when they arrived at the farm, the MRP members tried to seek Ambrose’s audience, inquiring why he was defying a court order to leave the farm.

“Instead he ran away with two of his security men and one was armed. To gain entrance into the farm, the MRP members were forced to break down the farm house’s gate and chased away Ambrose who and his security guards sought refuge in a nearby bush,” he said.

He justified the move saying the party regards itself as a revolutionary party, the same way Zanu PF and Zapu fought against the Ian Smith regime over land imbalances.

“Since 2000, Zanu PF has embarked on a chaotic fast track land reform programme and it has been willy-nilly invading others people’s properties,”

“They do so without agreement but saying they are the ruling party yet Zimbabwe’s Constitution and the Traditional Leaders Act reads that wherever there is land, people who are involved in the land distribution are only traditional leaders – chiefs, kraal-heads and village headmen,” he said.

Ambrose and Davies could not be reached for comment.