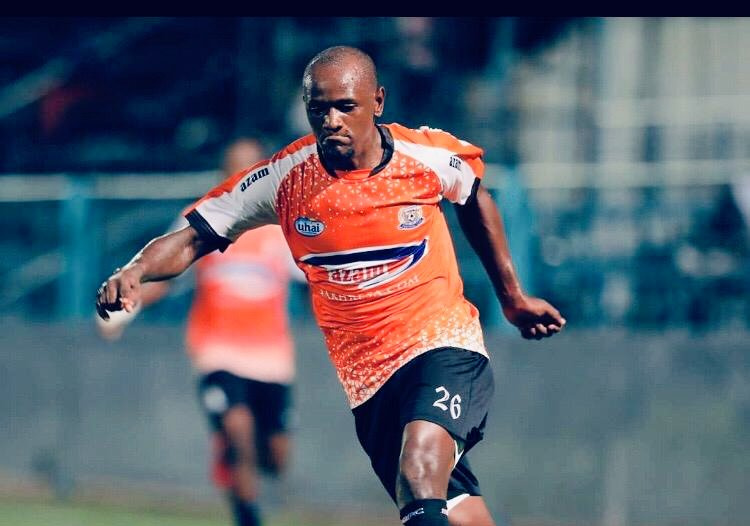 FORMER Highlanders star player, Bruce Kangwa believes that his former paymasters have the ability to clinch their first title in 14 years should the Bulawayo giants continue with the form they had towards the end of last season, a campaign which saw them clinch the Chibuku cup without conceding a goal.

“As long as the boys get a good start and get proper pre-season and also get to a season’s good start, they will make it this season.

“Last season, it was not a great start for them, but they managed to turn things around in the second round of the campaign,” the Tanzania based star told NewZimbabwe.com.

Kangwa spent eight seasons donning the famous black and white Bosso colours and was one of the pillars of the team until his departure to Tanzanian giants Azam.

He said a part of his heart is still at Barbourfields stadium, a place he once called home.

The soon to turn 33 left-back said he was never going to forget his former club he credits for making him the star that he is now.

Kangwa said Bosso showed hope in him when they engaged him in 2009 when he was still a youngster and rose through the ranks to become one of the most trusted members of the team.

When he left Highlanders, Kangwa had developed a habit of finding the net regularly, something that is with defenders.

“When I went to Highlanders, they welcomed me very well and I worked under great players and a good technical stuff, the atmosphere of playing at Barbourfields stadium is hilarious and the supporters were amazing,” said Kangwa.

He also gave credit to Bosso legends who also played a part in developing his career.

“When I went to Bosso, I played under the likes of Richard Choruma, Johannes Ngodzo, Gift Lunga, Bekithemba Ndlovu, Joel Luphahla and Sizabantu Khoza. Those guys were pushing us youngsters and made us believe that we could make the best out of ourselves. The guys used to win silverware with Bosso and they did their best to make us do so too.

“Those guys were like brothers to me, we were like a family, the way that we were treating each other and things that were happening in our camp, you could feel motivated.

“My wish is to come back and re-unite with my squad of 2013 and get back together,” Kangwa added

Kangwa also said that to him, seeing the supporters happy every time he entered the pitch for a match is the thing that kept him strong.

The football star also challenged the Bosso faithful to ignore the current economic hardships that the country is facing and go out in their numbers to fill up Barbourfields stadium and rally behind Tshilamoya.

“As the new season is about to start in a few weeks to come, I know that things are tough in the country but what I can say is for the supporters to go out there and support the boys because without you supporters, those boys won’t be there. Highlanders is yours and you have to protect it with passion,” he said.