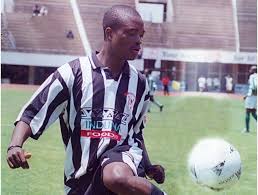 The duo will be part of a strong cast of former players who are part of the coaching setup in Zimbabwe led by former Dynamos captain Murape Murape.

Ngodzo and Lunga attended the official launch of the Spanish club’s academy held in Harare on Friday.

“Johannes Ngodzo and Gift Lunga are definitely going to play a big part in ensuring that our programme is a success in the Matabeleland region. For the community of Bulawayo, Real Betis intends to continue to grow grassroots football in Bulawayo,” Sibanda said.

Sibanda, who is a former Zimbabwe rugby international, through his agency, Athletes Sports Management recently signed a partnership with the Spanish topflight club, Real Betis to establish its academy in the country.

The academy, which will take on board players between the ages of 8 and 18, will be overseen by Real Betis technical director, Juan Parra, who is scheduled to come and work in Zimbabwe early next year.

“I think we have talked a lot about the Real Betis Academy in Zimbabwe. It is now the time for it to become reality,’’ Sibanda said this week.

“The coming in of Pelegrin himself is confirmation of the magnitude of the development,” he said.

La Liga managing director for Africa, Marcos Pelegrin, said this was the dawn of a new era.

“This is only the beginning. The partnership will help transform the Zimbabwean football landscape,” he said.

“Football is a billion-dollar industry and in Spain it contributes significantly to the country’s GDP.

“We are happy for this project and this will help both Zimbabwe and Spain improve in terms of the game.

“Real Betis Football Club has done a great job in establishing an academy in Zimbabwe. We know the passion which Zimbabweans possess.

“Grassroots football development is the way to go and we are very much happy to be part of this great initiative.”