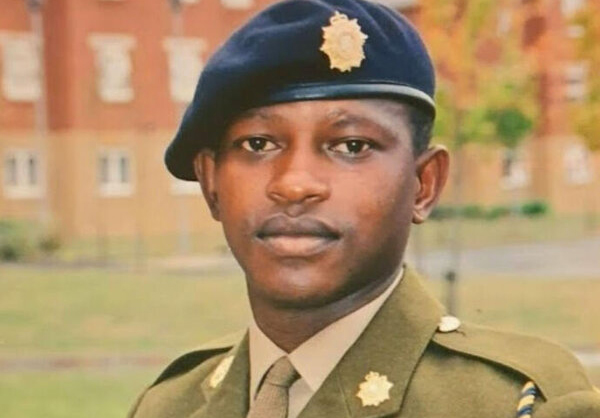 A FORMER BRITISH Army soldier who fought in Iraq and returned from action with mental health issues is facing deportation.

Joram Nechironga, a Zimbabwean national, is due to be deported by the Home Office, but he says he fears for his life if returned after previously being tortured.

Lawyers are mounting a last-gasp legal challenge in the courts to prevent the father-of-two from being escorted to Robert Gabriel Mugabe International Airport in Harare.

Nechironga, who served on the frontline in the British army from 2002 to 2007, at the height of the Iraq conflict, developed PTSD following several traumatic experiences.

His supporters say his mental health was not treated until after he committed drink driving offences and an assault on a male family member.

Now he is receiving help for his mental health and drinking problem, Nechironga has turned his life around, his lawyers insist.

On a previous visit to Zimbabwe, in 2006, Nechironga said he was tortured for several days on suspicion of being a British spy.

After being released by the Zimbabwean authorities, Nechironga was told never to return.

The Home Office are unmoved and still want to deport him.

However, The Voice understands that Nechironga – who had been due to be removed tomorrow (2nd March) will not be deported until a late appeal is heard in court.

Melch Riyo, from Tann Law Solicitors, said: “Taking into account the nature of his offences, it is clear that Joram Nechironga’s offending history is inextricably linked to the PTSD that resulted from the traumatic experiences he had whilst fight for this country on the frontline.

“This is a poignant factor which cannot be ignored or disregarded”

Lawyers will argue that it is unfair to disregard the improvements Nechironga has made since getting help.

Nechironga witnessed army colleagues dying beside him in Iraq while fighting for Britain.

He has since had help for his PTSD from the Veterans Association and got a job in construction.

A supporter said: “Sending him back to Zimbabwe is no different to sending him back into relapse, discarding him and disregarding his self-sacrificial service in the British Army service.

“The fact that he is being deported because of actions that stem from PTSD which he got fighting for this country is unconscionable.”

In addition to the dangers he might face from the Zimbabwean military, are fears that the stress of being sent back, and the lack of veterans support, will set back his mental health and alcohol recovery.

A Home Office spokesperson said: “Foreign criminals should be in no doubt of our determination to deport them, and we make no apology for removing them to keep the public safe.

“The New Plan for Immigration will fix this broken immigration system and stop the abuse we are seeing by expediting the removal of those who have no right to be here.”