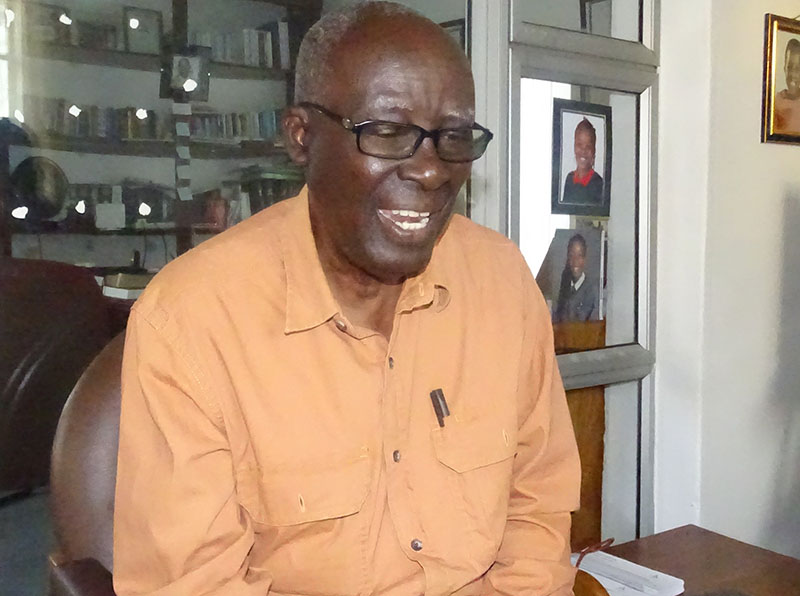 He resigned from the Joice Mujuru-led political outfit on Tuesday citing various reasons.

Addressing journalists at his house in Bulawayo on Tuesday evening, Sipepa Nkomo denied reports he has re-joined the Nelson Chamisa led MDC Alliance.

The former Water Resources Development and Management minister however, admitted meeting Chamisa on Monday but said it was to facilitate the admission of some of the former NPP members into the MDC Alliance.

“I was in the MDC before and I was in parliament and cabinet with him (Chamisa). I always speak to him as you know, and he invited me to come and have a chat.

“A number of people knew that I was about to retire from politics, so most of those people have been in the political arena as a result of my leadership.”

He added; “Then they said if you are quitting politics, you would leave us in the wildness.

“These people obviously wanted to go to the MDC led by Chamisa and they wanted me to speak to him. That is the reason why I went to him.”

The former NPP vice president said he also told Chamisa about his intentions to retire from politics and the opposition leader asked him if he would be free to offer advice to the opposition.

“My first advice is of the 22 opposition political parties that contested the recent elections. They should only come and form one party if we have any hopes of removing Zanu PF in future.”

Nkomo reiterated that he will never re-join the MDC.

“I advised last Friday in Harare when we had a working committee of the top leadership of NPP that I needed to retire from politics. Joice Mujuru nodded in response,” said Nkomo.

“I explained to my colleagues that I am now 75 years old and have been in politics for 58 years. That is a long time; I need a rest.

“I really need this period now, particularly that now I am no longer a member of any political party. I want to write a book,” he said.

Nkomo said during his 58 years in active politics, he spent 14 in prison. Most of his prison colleagues have written books about their experiences during incarceration.

“Only a few are left; many have died. During that time (in prison), I was with (Willie) Masarurwa, (Daniel) Madzimbamuto (Clement) Muchachi.

“A lot of other colleagues that were with me as a result of that many things that have happened that Zimbabwe does not know about and that is what I want to concentrate on.

“I hope, god willing, I will be able to finish so that there is a record of what used to happen in prisons.”