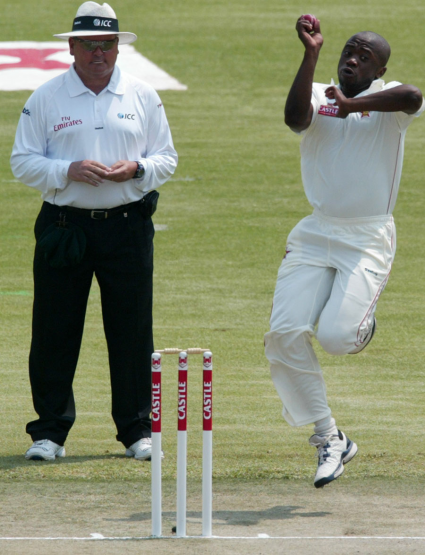 FORMER Zimbabwe international bowler Njabulo Ncube has been appointed Mountaineers coach for the 2020/21 domestic cricket season, which gets underway this week.

He takes over from Shepherd Makunura who is now in charge at Southern Rocks.

The 31-year-old Ncube, who represented Zimbabwe in one Test and one ODI, is one of the highly regarded up-and-coming coaches on the local scene.

His biggest achievement as a coach to date was when he led Rising Stars to the Pro50 Championship title while serving as the national academy side’s player/assistant coach in their debut campaign on the domestic cricket scene during the 2017/18 season.

He returned to Tuskers for the 2018/19 season before getting a surprise call-up to the national team as a bowling coach at the beginning of this year.

Nicknamed Papa, Ncube’s coaching career started in 2014 when he turned down a contract with Tuskers to take up a coaching job in South Africa at the age of 24.

He coached St John’s school in Johannesburg and on his return to Zimbabwe, he doubled up as a player-coach for Rising Stars Academy.

He was 24 then and at the peak of his career, having played a pivotal role in ensuring that the Bulawayo franchise successfully defended the Logan Cup.

His departure from Tuskers has seen veteran player John Nyumbu being promoted to the role of player/assistant coach at the Bulawayo-based side. , making their return to top-flight cricket for the first time since the 2013/14 season.

As previously announced, Stuart Matsikenyeri, Walter Chawaguta and Douglas Hondo will remain in charge at Eagles, Rhinos and Tuskers respectively.