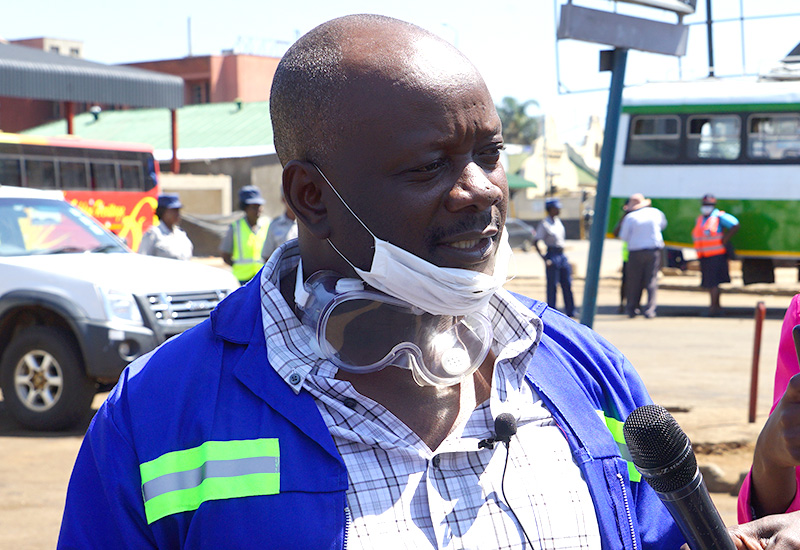 Gambiza argues that ZUPCO was violating the Road Motor Traffic Act by entering into a partnership with private transporters who are leasing their kombis and buses to the former.

Since the start of the national lockdown, ZUPCO has been the sole public transport operator. To meet the demand of ferrying passengers, the company entered into a partnership with hundreds of private transport operators to lease their buses.

However, Gambiza has challenged this agreement and filed a complaint at the Kwekwe Central Police Station last week under RRB number 4340157. He argued Mudangwa and Magwizi were violating section of 13:15 of Road Motor Traffic Act (RMT), which states that an operator’s licence is not transferable.

He said the courts must compel the ZUPCO bosses to produce evidence that they complied with the process of registering the external vehicles.

“When applying for an operator’s licence you should tick your status. Is it own account, cooperative, partnership or a limited company? Then you fill in your full names, trading names, if different, physical address and fill in telephone number, not WhatsApp numbers which are on ZUPCO’s stickers,” he said.

“An omnibus shall be fitted with a sign whereby the destination of the vehicle provided that if the vehicle as a whole has been hired the sign private should be displayed not ZUPCO sticker.

“The ZUPCO CEO and ZUPCO Kwekwe manager must produce form RMT 11 called ‘schedule of licensed vehicles’ which is issued in terms of section 26(1) of RMT public service public regulators of SI 134 of 1998.”

He said because of ZUPCO’s non-compliance, passengers lives were being endangered on the roads as traffic cops are not checking the required papers.

He further said even ZUPCO bus tickets did not show who the owner was.

“ZUPCO’s tickets are not showing the printers because all the government receipts are printed at Printflow. The tickets do not have a physical address, base number and telephone number. They are only written ZUPCO,” he said.

Gambiza went on to argue that if the situation was uncontested, section 71 of the Constitution, which states that every person has a right to own, possess or control his or her own property, was being violated.