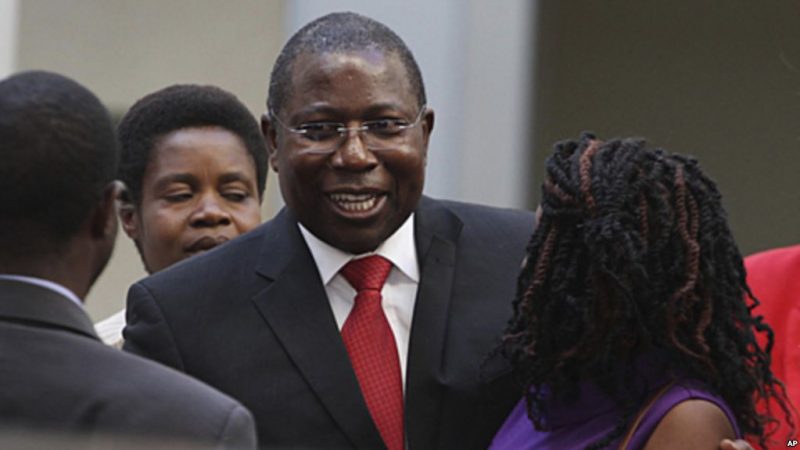 FORMER Energy minister Elton Mangoma verbally instructed the Zimbabwe Electricity Supply Authority (ZESA) to carry out costly projects that led to the prejudice of the taxpayer, an Auditor General’s (AG) report has revealed.

Mangoma was in charge of the portfolio during the now defunct Government of National Unity (GNU) between Zanu PF and MDC 2009-13.

According to the AG’s report, Mangoma also solely appointed another company as Zesa’s pre-paid vendor.

Suspicions are high the deal could have led to losses of the taxpayer’s money as alluded to by the committee.

However, appearing before the committee Wednesday, a Zesa director denied some of the projects carried out resulted in financial losses.

He could not prove to the committee through documentation.

Norton MP, Temba Mliswa was furious over the Zesa management’s failure to follow laid down procedures through making decisions based on verbal instructions without weighing the impact of such actions.

“Everybody has that responsibility of protecting their profession and their institutions. That is the reason why some people end up in prison.

“These are not issues to joke and smile about. You took part in the corruption too because you took a decision based on verbal instructions.

“How did that come to you. There is no way, even cleaners report to someone,” said Mliswa.

The vocal legislator questioned the management why a mere project engineer would take a minister’s directive, ignoring the whole chain of management that included a chief executive officer and a board.

“So, you are telling me that Zesa has been run on verbal directives? And then we must just fold our arms.

“Then, surely you need to be in prison so that you learn not to take these positions and accept these verbal directives at the expense of the taxpayer’s money where people are suffering,” added Mliswa.

Meanwhile, Zesa executive chairman Sydney Gata told the committee that the power utility has embarked on a training programme as recommended by the Auditor General to avoid similar managerial misdemeanours in future.

Responding to questions from committee members, Gata said, “The accusations to our managers are exactly the same as the intimations that are coming from the members of the august house that we should have the courage to act in terms of the statutes.

“I want to assure this honourable committee that the new board was instructed by the minister upon its appointment to prioritise a review and implementation of findings and recommendations of the audit,” said Gata.

Gata reported that since December 18 last year, an Ad-Hoc Board Committee comprising four members was put in place to intensify the power utility review and to ensure the board appraisal in detail.

“Senior management and board members are receiving an education on the operation of the statutes so that they have a deep understanding of rights and penalties that accrue in the execution of our projects.

“They are being trained on how to respond to ministerial directives, to situations as we follow diligently the audit report recommendations.”

MPs bemoaned the loss of employment to managers who were fired due to directives by top government officials.

Gata said the managers were struggling even to get legal representation as they were finding it tough to survive the current economic environment.

Zesa has lost a court case against businessman Wicknell Chivayo who was paid millions in US dollars over the Gwanda Solar Project which failed to take off.