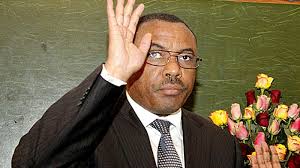 The election takes place on 30 July 2018 and current President Emmerson Mnangagwa who came to power last November after veteran leader Robert Mugabe was ousted, is running for the presidency.

The African Union deployed the mission following an invitation by the government and the Zimbabwe electoral commission, the AU said in a statement on Thursday

The former Ethiopian Premier will travel to Harare after ten days.

The European Union has also deployed an election observation mission to observe the election in Zimbabwe.

The overall objective of the AU observation mission is to promote democracy and build public confidence in electoral processes in AU member states, the statement added.