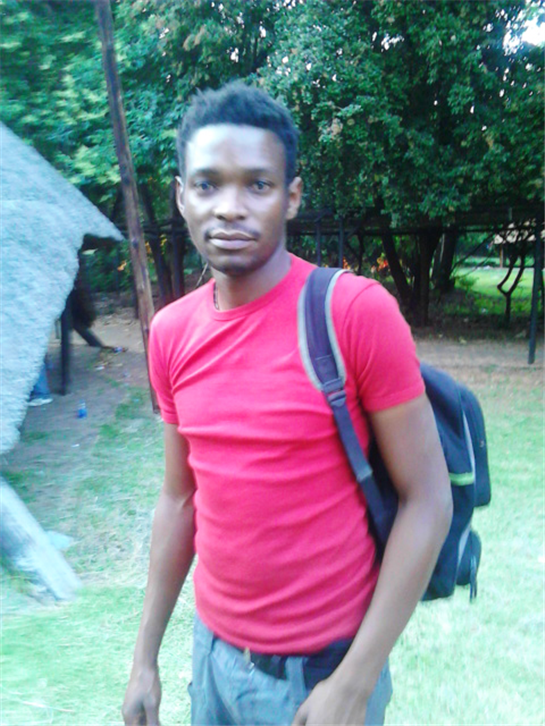 FORMER Zimbabwe first class cricketer, Darlington Matambanadzo, is now spending most his time in the lush green environs of Harare Gardens, hooked up on cheap drugs and contemplating the many mistakes that have brought him here.
During his peak playing time, Darlington was a right-hand batsman and right arm medium fast bowler.
He made his debut appearance at the age of 17 years in 2004 at Queens Sports Club for the Mashonaland Under-24 team against Matebeleland.
He also played for Mashonaland under-24 (Main FC )1993/94-1994/95, Young Mashonaland (Main FC) 1995/1996, Mashonaland (Main FC)1996/97- 2002/2003, Manicaland (Main FC 2003/2004), Southern Rocks (Main FC) 2009/2010,  Manicaland (Main List A) 2005/2006), Mashonaland XI (Others 1993/94), Zimbabwe Cricket Union President’s XI (Other FC 1994/95), Zimbabwe List A 1999/2000.
During his peak period, he said, his drinking problems caused controversy in 2004 when he failed to play in a number of matches for Mashonaland for a month as he was always ‘stoned’.
Now he sometimes abandons his sister’s home in the neat suburb of Marlborough to squat with friends in the slum town of Epworth, about 15 kilometres out of Harare.
It wasn’t easy to get an interview from him as most of the time he would be high on cheap drugs.
However, after chasing him for two weeks, Matambanadzo finally sat down with this correspondent to pour his heart out on what went wrong with his cricket career.
Matambanadzo told NewZimbabwe.com that during his time as a cricketer, he made enough money to afford stable life but spent much of it on booze with other first class cricketers and when he stopped playing he did not stop drinking.
“I wasted opportunities. Look I made decent money, but I didn’t invest even a single cent. Look I don’t own a house or a car and, oh yes, I was young and enjoyed life,” he said.
“I used to drink a lot with most top cricketers in and outside the country; I drank a lot more than I should have.
“If I had manager, I could have been managed properly during my peak playing period. I could have done something better, I think, and played more test matches for my country.”
Darlington said he does not have plans to join his twin brother Everton, also a former cricketer who has settled in United States, but has plans to set a up ‘business’ which he refused to share with this publication.  Advertisement

Matambanadzo played his final match in Zimbabwe, an A List match for Manicaland against Midlands at Alexandra Sports Club in Harare on 5 February 2006, scoring one and taking no wicket for seven from one over.
He then moved to Malawi’s commercial capital, Blantyre, to teach cricket and hockey at Saint Andrew’s International High School between 2007 and 2008.
So what went wrong?
But why end up living such a miserable life, spending time in Harare Gardens among dirty street kids, drinking cheap booze?
“Things turned upside down when I was in Malawi. I was working at the same school (Saint Andrew’s International High School) with my ex-wife when we got divorced.
“I couldn’t stand working in the same institution with my ex-wife knowing it was over between us.
“That’s when I said enough is enough and I packed my bags heading back to Harare with nothing to show expect my passport.
“I joined Southern Rocks in Mutare when I came back, but they were not happy with my drinking problem and I wasn’t happy too with their terms and conditions; so I left.”
Darlington, who will be turning 40 next year, said he sometimes get contracts to coach local high school cricket.
But it has been difficult for him to make money in Harare.
He said he does not even understand how people make money in the capital, adding this is why he finds himself in this situation (squatting in Harare Gardens).
“I live at my sister’s house and it is very difficult to just sit there the whole day doing nothing as there are no schools to coach cricket at the moment.
Advice for young cricketers
“So if by lucky I get some few bucks. I don’t want to lie to you, I end up spending that money of cheap beer with my colleagues here.
“There is a very big drinking and smoking culture here, so I can’t spend a day here without drinking and, tell you what my, heart is no longer in game of cricket.”
Matambanadzo has wise words for young cricketers so that they won’t find themselves in his terrible situation.
“Cricket does not pay at club level in Zimbabwe,” he said.
“Get a university degree, if anything goes wrong during your cricket career you will always have something to fall back on. With education you can be employed globally.
“And the situation is even worse when you don’t make it to play for the national cricket team because you won’t even make it outside in any cricket league as you are supposed to have made more runs for the national side before you get picked to play outside.”
Matambanadzo was, along with his brother Everton, considered a prospect while still at high school after which he started playing for Old Hararians.
He debuted for the Zimbabwe U/19s in July 1993 and made a development tour to South Africa before making his first-class debut aged 17 years on 14 January 1994 at Queens Sports Club for Mashonaland under 24s against Matebeleland, taking one wicket for 24 and none for 10 and remaining unbeaten on zero.
He took his best bowling figures of four wickets for 52 runs against Mashonaland Country Districts in September 1994] which led him to being selected for the team against the touring Sri Lankan cricket side.
Matambanadzo began to develop his batting more and made his highest first-class score of 80 for Mashonaland against Manicaland.