Under siege...Marry Chiwenga
Spread This News

EX-ZIMBABWE football international footballer, Shingayi Kawondera and first husband to Vice President Constantino Chiwenga’s wife, Marry, has come out of his shell, confronting his ex-wife with a US$700 000 claim for allegedly cheating her way out of the couple’s marriage.

Kawondera has sensationally claimed he never consented to divorce with the former model he accuses of forging his signature on divorce papers, in the process, misleading the High Court that the parties had agreed to go separate ways.

The former football star, who has admitted before that he has fallen on hard times, is now demanding US$700 000 damages claiming that he walked out of the union empty handed.

According to his summons he filed with the High Court on July 15 2019, Kaondera outlined that the parties were formerly married to each other and their marriage was dissolved by decree of divorce granted by the High Court on May 19 2011.

“The defendant (Mary) had issued summons out of the same court on June 2010 seeking an order of divorce and ancillary relief under case number HC 805/10.

“Plaintiff (Kaondera) was never served with the summons as required by the rules of court,” read part of his declaration.

The summons further read, “Plaintiff was never served with the summons as required by the rules of court. Plaintiff was not in the country but was in Cyprus where he was a professional footballer at the relevant time.

“Marry fraudulently caused a return of service to be issued by the deputy sheriff at Harare falsely claiming that plaintiff had been personally served with the summons on June 22 2010 at Harare.

“Further to that, defendant also fraudulently issued with the honourable court, a consent paper dated July 7 2010 wherein the plaintiff’s signature was forged. Plaintiff never entered into a consent paper with the defendant regarding the divorce proceedings under HC 3805/10.” 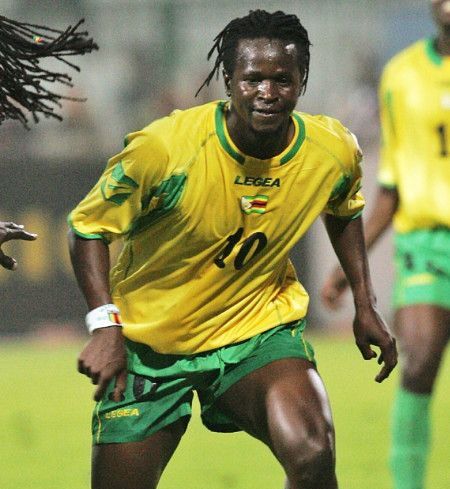 “In actual fact, plaintiff never deposed to the said affidavits and the signatures purporting to be those of plaintiff were forged by the defendant,” he says.

Kawondera also accused Marry of causing Samkange and Venturas Legal practitioners to pose as lawyers and make a concession on his behalf.

“Plaintiff had never at any given time instructed the said firm of lawyers to act on his behalf. The cumulative effect of defendant’s fraudulent activities referred to above is that an order of divorce was granted on an unopposed basis,” said Kawondera’s legal practitioners from Kashangura Law Chambers.

They submitted that Kawondera was never given a chance to either defend the divorce proceedings under HC 3805/10 or to consent thereto.

It was submitted also that the court was misled by Marry’s fraud into granting an unopposed order when in fact, plaintiff was never aware of the court proceedings.

“The granting of the divorce order without according plaintiff a chance to be heard constitutes a grave act on injustice and serious infraction on plaintiff’s right to be heard,” said the ex-football star.

Kawondera said as a result of the “irregular and fraudulent” obtaining of a divorce order by his ex-wife, he was seriously prejudiced in that Marry remained with all the immovable and movable properties that the parties had acquired during the subsistence of their marriage.

He said there was never distribution of the parties’ matrimonial assets and Marry walked away with everything.

The ex-footballer said all his clothes remained with Marry after the “fraudulent” divorce.

According to Kawondera, the couple had started a company called Latchelle (Private) Limited but he never benefitted from the venture.

He said as a direct result of Marry’s alleged fraud, he has been impoverished.

Kaondera went on to pray for an order that Marry pays damages to him in the sum of US$700 000 and interests sum as well as his costs of suit on a higher scale.