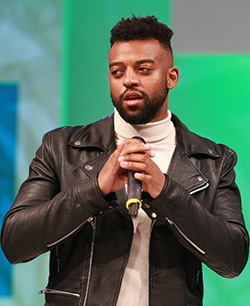 FORMER JLS member Oritse Williams has denied allegations he raped a fan in a hotel room after a concert.
The 30-year-old singer was arrested on 2 December, the morning after performing a gig at the Gorgeous club in Wolverhampton.
West Midlands Police said it was called to a hotel in the city at 07:45 GMT after a 20-year-old woman claimed she had been raped and sexually assaulted.
Another man, aged 29, was also arrested on suspicion of sexual assault.
Both men have been bailed until February, pending further inquiries, police said.
Mr Williams’ management 10 Worlds Music, said in a statement: “All we wish to say at this time is that Oritse denies the allegations against him.
“The matter is in the hands of the police and it would be totally wrong for us to comment any further.”
The singer enjoyed chart success with the JLS after featuring on the X-Factor in 2008.
Williams then began a solo career when the pop group disbanded three years ago.Advertisement